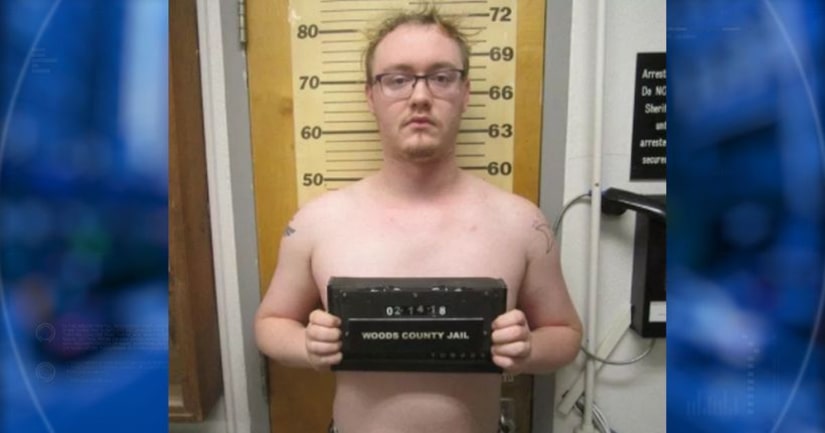 A 12-year-old girl told police she was raped by 20-year-old Jacoby William Merrill in June of 2017 at her friend's home in Alva.

The girl told investigators that her friend had left the home for a little bit when Merrill stopped by.

She said once Merrill came inside the home, he started kissing her and touching her, the Enid News and Eagle reports.

She said that Merrill then took off her clothes and continued touching her inappropriately.

The girl told interviewers she “started screaming no, but he didn't listen,” and continued to sexually assault her, the affidavit states.

According to the affidavit, the girl told officials Merrill stopped after hearing a car pull into the driveway.

The girl reported the rape to a counselor on February 9, 2018.

She said she was afraid to come forward and explain what happened.

The man also reportedly had a sexual relationship with the girl's friend, who was 13 at the time, the Enid News and Eagle reports.

When officers went to Merrill's home to question him about the allegations, he allegedly said “I know what this is about” and declined to speak with police until he got an attorney.