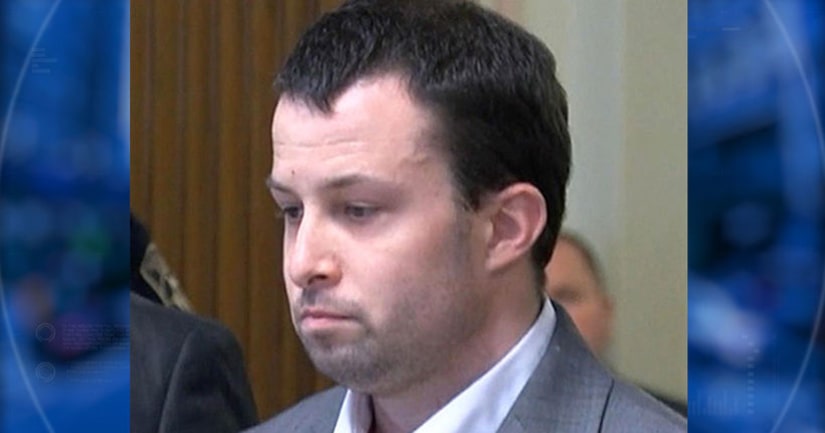 The indictment was unsealed as Senate Minority Whip Nicholas Kettle was arraigned on two counts of extortion in Providence Superior Court. Kettle, of Coventry, is accused of extorting a male page for sex multiple times. He pleaded not guilty and was released on $50,000 personal recognizance.

The news prompted Democratic Senate President Dominick Ruggerio to again call for Kettle to resign immediately. He said he was “horrified and disgusted by these allegations.”

“We in the Senate are deeply shaken,” he said.

If Kettle refuses to step down, the Senate will pursue his expulsion, Ruggerio said. He said he also asked the Senate's chief legal counsel to conduct an immediate review of the page program.

“We have spoken to most of the pages to ensure that they are aware of their rights in the workplace as well as procedures for reporting anything inappropriate,” Ruggerio said.

Kettle, who's 27 years old, was indicted last week, but the details of the extortion counts remained sealed over the weekend. State police separately charged Kettle with video voyeurism on Friday, and his lawyer has said he denies any wrongdoing.

The indictment says Kettle extorted the page into sex on two occasions in 2011. The indictment names the page, but The Associated Press does not identify people who may be victims of sex crimes unless they come forward and agree to have their names published. The page's LinkedIn profile says he served as a page from February 2011 to May 2012.

In a statement Monday night, a spokeswoman for the page said he's “spent the last seven years coming to terms with what was done to him” and is “moving on.” She said he's now an executive in the music industry in Tennessee and is no longer affiliated with Rhode Island politics.

Kettle, who's among five Republicans in the 38-member Senate, did not speak to reporters outside court and did not comment on whether he would resign, but his lawyer described the page as a political rival of Kettle's. State elections records show the page ran against Kettle as an independent in 2014, three years after the extortion is alleged to have occurred.

Senate spokesman Greg Pare said the Senate page program includes 67 pages, all hired at the recommendation of senators. The pages, who usually range in age from 15 through college age, help lawmakers with errands at the Rhode Island Statehouse. Pare said the page Kettle is alleged to have extorted for sex did not lodge any complaints while he was a page.

One of the Senate's 38 seats is open, and a special election is scheduled to fill it.

The House runs its own page program. A spokesman for Democratic House Speaker Nicholas Mattiello said there have been no complaints about the House program. Mattiello last week designated a former long-term page and current General Assembly employee to serve as a liaison to the House pages in case any concerns arise, spokesman Larry Berman said.

In addition, police said the friends exchanged images of their own genitals and discussed how to take videos of the women during sex. In one message, Kettle allegedly said he needed to be “stealthy” and asked Brennan for advice.

Brennan did not immediately return a message seeking comment. Police said he admitted exchanging the photos when they searched his house last month.