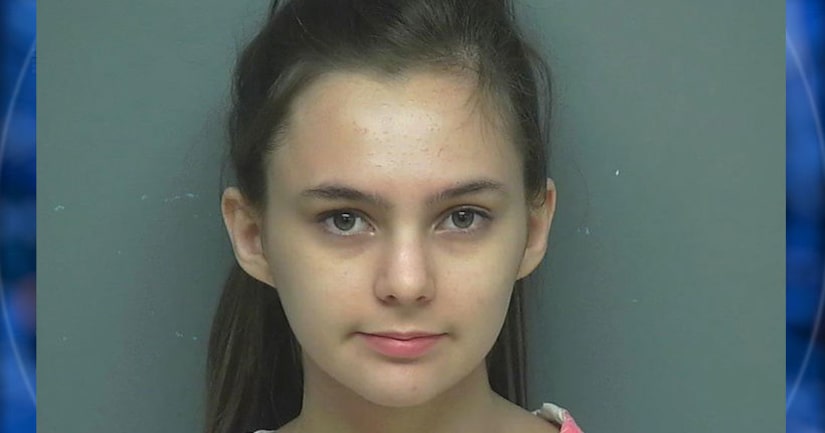 SPRING, Texas -- (KIAH) -- A teenage girl staged her friend to get robbed in Spring Friday night, according to the Montgomery County Sheriff's Office.

Deputies were dispatched to the H-E-B in the 3500 block of Rayford Road around 11:30 p.m. in reference to a robbery.

Upon arrival, Montgomery County deputies and Harris County Precinct 4 deputies learned two teens wanted to report a robbery. Harris County Constables were dispatched to the home of Preston Barry who reported that he and his friend Susan Mize had been robbed. Deputies then went to Mize's residence to speak to her regarding the robbery.

According to Mize, she asked Barry if he wanted to earn $150 to give her friends a ride into Houston and he agreed. Barry and Mize traveled to Creekside Park in Montgomery County to meet her friends. While at the park, Barry and Mize met with a 16-year-old boy who got into the back seat of Barry's vehicle.

The suspects robbed Barry of the money in his wallet, while striking him numerous times and threatening his life with the knife and gun, Mize said. The suspects then drove Barry to the H-E-B and untied him, so he could withdraw money from the ATM. The 16-year-old suspect accompanied Barry into the store. The victim withdrew money from his account and gave it to the suspect, Mize said.

The suspect and Barry returned to the vehicle and the victim was tied up with the shoelaces again, Mize said. Upon Mize's request, the suspects took her home.

Barry told the suspects that he had more money at his residence and will give it to them if they took him home. The suspects drove the victim to his home and waited in the vehicle while he went inside. Barry went into his home, locked the door and immediately told his parents what was going on. Both suspects left the scene. Barry's parents called the Harris County Constables Office to report the robbery.

Harris County Precinct 4 deputies discovered Barry's vehicle at Dennis Johnston Park in the 700 block of Riley Fuzzel Road. As deputies approached the vehicle, the 15-year-old suspect ran into the woods. Deputies quickly detained the 16-year-old suspect who was still inside the vehicle and found a kitchen knife and a black and silver BB gun.

During the investigation, deputies learned Mize lied about the entire incident. According to deputies, Mize had set up Barry to be robbed by the suspects.