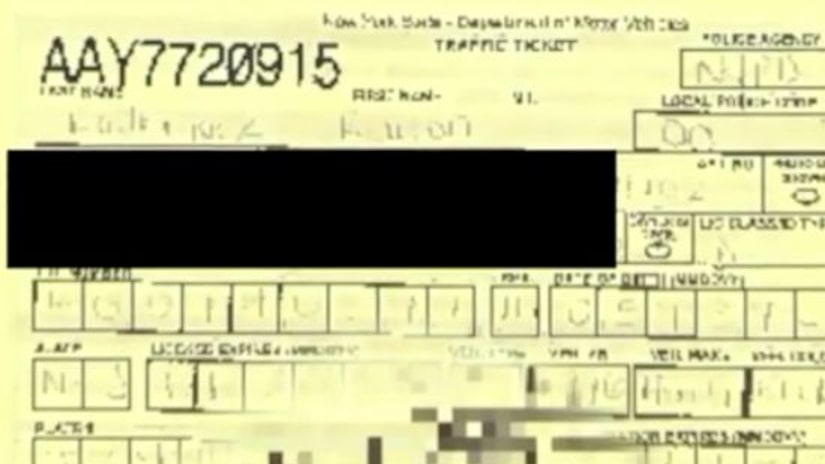 TBE BRONX, N.Y. -- (WPIX) -- Motorist Ramon Rodriguez was stopped by police four different times in the spring of last year, and one of the stops led to him being held in jail for over a week, on minor charges.

During the last incident, the detaining officer made a crude drawing on a traffic ticket issued to Rodriguez. The scrawl closely resembled male genitalia, and the officer tried to conceal what he'd done. Now, Officer Edgar Rivera is being disciplined by NYPD brass for misconduct. The violations for which Rodriguez was stopped and detained have now been dropped.

PIX11 News first reported the story last May when Rodriguez filed a complaint with the Civilian Complaint Review Board.

During the traffic stops, Rodriguez had demanded, as was his right, that the detaining officers provide an explanation for the detainments. In the first two cases, officers refused to give him an explanation as to why they'd pulled him over.

In the last two cases, a broken brake light was given as the reason for the stops. Rodriguez took video of his brake lights immediately after the fourth stop, and also got a notarized statement from a mechanic to show that his brake lights were in working order.