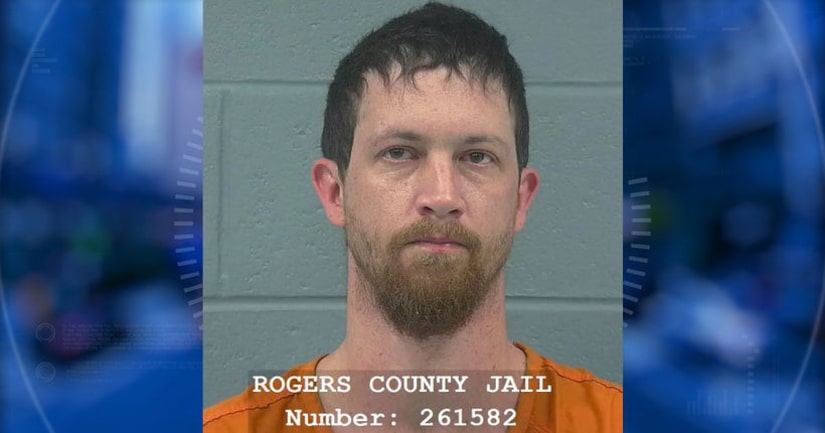 ROGERS COUNTY, Okla. -- (KFOR) -- An Oklahoma man has been taken into custody after officials say he allegedly gave a 12-year-old boy suicide advice.

On Feb. 13, officers in Rogers County went to a home in Inola after a 12-year-old boy had attempted to kill himself by setting himself on fire.

According to the probable cause affidavit, the victim was found trying to suffocate himself with a plastic bag, but family members were able to get it off of him in time.

Family members say the boy got an even more violent idea after speaking with a man identified as Michael Jensen.

Family members said that Michael Jensen told the boy “that suffocating himself will not work because if he does that medical professionals will be able to keep him alive,” the affidavit read.

“Michael told [the victim] that if he wants to be successful in killing himself that he needs to set himself on fire then shoot himself in the head at the same time,” the affidavit states.

At some point, investigators say the child doused himself in lighter fluid and set himself on fire with a lighter. Fortunately, he survived.

Jensen was arrested on one complaint of child neglect.