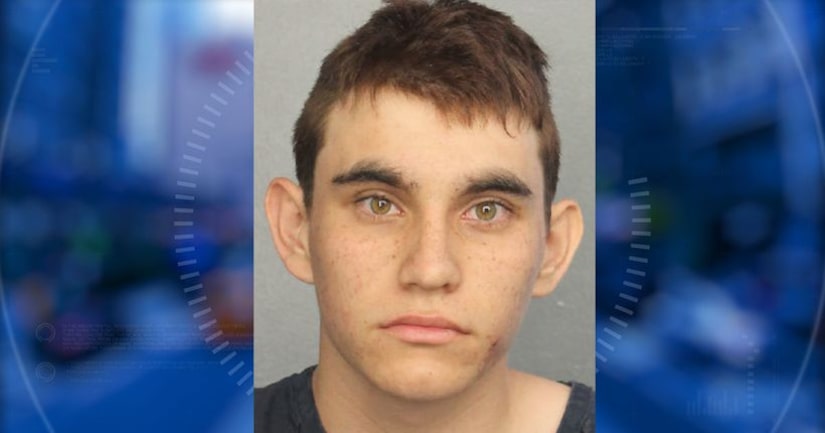 PARKLAND, Fla. -- (WPTV) -- The 19-year-old suspect in a deadly rampage at a South Florida high school was booked into jail Thursday morning after being questioned for hours by state and federal authorities. He faces 17 counts of premeditated murder.

Cruz was booked into the Broward County Jail early Thursday, still wearing the hospital gown he was given after being treated for labored breathing following his arrest. He was later questioned overnight before being booked into jail.

Cruz, who is listed at 5-foot-7 and 131-pounds, is being held without bond. Jail records don't list an attorney for him.

Cruz was captured in a quiet neighborhood about two miles from the school. Sheriff's officials said in an email that Cruz was initially taken to a hospital for labored breathing before being questioned at sheriff's headquarters.

Counselors are being made available for students, teachers and staff, but the school will remain closed as an investigation continues.

Cruz, equipped with a gas mask, smoke grenades and multiple magazines of ammunition, opened fire with a semi-automatic weapon, killing 17 people and sending hundreds of students fleeing into the streets. It was the nation's deadliest school shooting since a gunman attacked an elementary school in Newtown, Connecticut, more than five years ago.