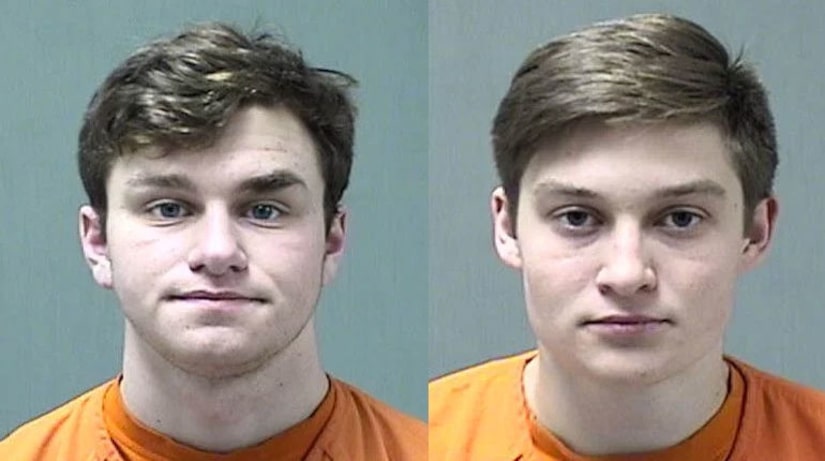 MEQUON, Wis. -- (WITI) -- Two men, 19, from Sturgeon Bay, were arrested Saturday, Feb. 10 for possession of narcotics and firearms, including three assault rifles on the campus of Homestead High School, according to a letter from the Mequon-Thiensville School District Superintendent Matthew Joynt.

According to that letter, Mequon police pulled over the men's vehicle in the Homestead High School parking lot after an officer spotted the vehicle making an illegal U-turn on Mequon Rd. The men said they were in Mequon “because they had a friend on the Sturgeon Bay basketball team participating in a basketball tournament being held at the high school.”

Superintendent Joynt said in his letter to parents: “While it is unsettling to know that strangers were on our campus over the weekend with guns, they were not targeting anyone here or targeting our school.”

He noted in his letter that the news broke on the same day 17 people lost their lives in a school shooting in Florida, and addressed the steps taken to ensure safety within the school district.

According to a criminal complaint, the arrests occurred around 3:45 p.m. on Saturday after that illegal U-turn was performed at Mequon Rd. and North River Tr. in Mequon.

Hartman was driving, prosecutors say, and Krohn was the front-seat passenger.

Hartman told investigators they were at Homestead watching a basketball game “and he did not see the no U-turn sign.” While investigating, an officer noted a strong odor of burnt marijuana coming from the vehicle and Krohn “stated he had marijuana,” according to the complaint.

Krohn was searched and a baggie with a small amount of a green, leafy substance believed to be marijuana was found in his jacket pocket, along with brass knuckles, which Krohn said he “uses for protection.”

The complaint says “an unlocked Taurus handgun” was found on the floorboard behind the driver's seat, and inside the case, an officer found “a Taurus 1911 45 ACP and a magazine with six rounds of .45 caliber ammunition.” In the trunk, officers found an AK-47 rifle and a magazine, both empty, an AM-15 rifle with the chamber empty but a 30-round magazine inserted. Additionally, a Glock was found on the front passenger floorboard with a loaded magazine but no rounds in the chamber, and a Kel Tec Sub 2000 was found folded with a magazine next to it in a backpack on the rear passenger floorboard.

Prosecutors say investigators found a pill later identified as oxycodone in a baggie inside a duffel bag and four cigar wrappers — one with the tobacco removed and no paper. They also found a green, leafy substance in the backpack which tested positive for THC.

The complaint says Krohn said they'd gone to Homestead to see a friend play basketball and he admitted to smoking marijuana in the parking lot. He said the firearms belonged to him and he “brought them with in case he wanted to trade or sell them to someone.”

Hartman and Krohn made their initial appearances in court on Feb. 12. Cash bond was set at $5,000. A status hearing was set for March 6.