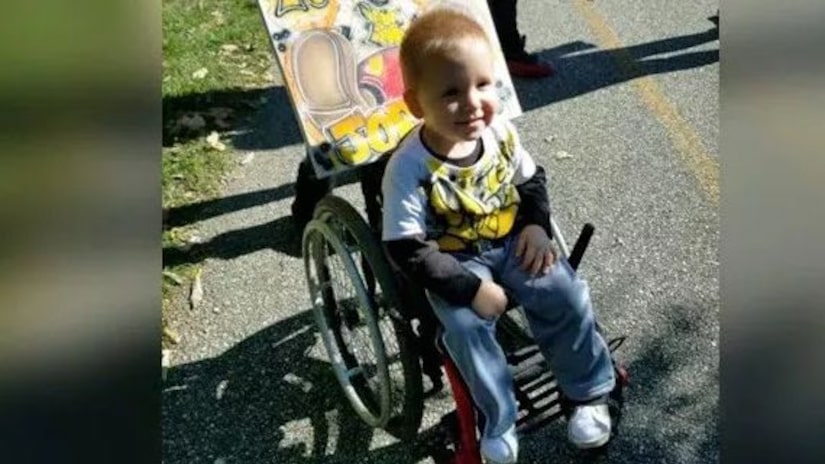 NEWPORT, K.Y. -- (WXIX) -- A little boy with disabilities and his family were reunited with two very important pieces of property Thursday.

John Eckhart's vehicle was stolen from his family's home in Newport Sunday.

Inside the stolen vehicle was his 3-year-old son Jordan's wheelchair. Jordan has spina bifida and is paralyzed from the waist down.

Eckhart says the wheelchair is Jordan's only source of mobility and he can't even attend school without it.

Police say the vehicle was spotted around 10 p.m. Wednesday night during a police chase in Cincinnati.

An officer spotted the wheelchair in the back of the vehicle and used 'stop sticks' to end the pursuit.

Police say the driver fled but they were able to arrest the passenger.