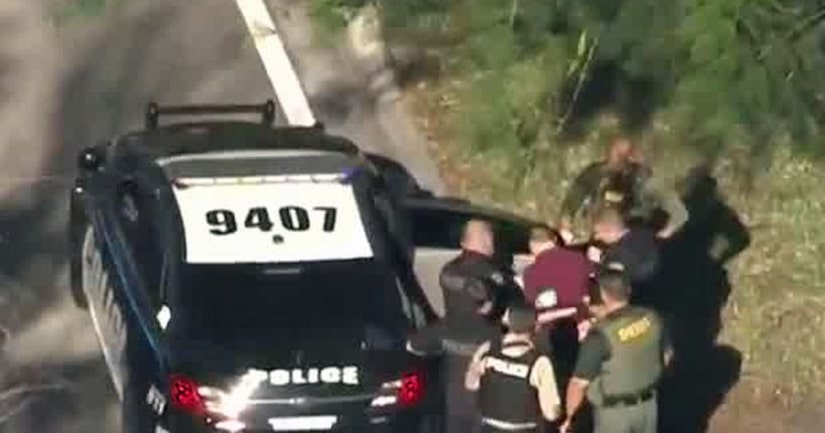 UPDATE 6:30 p.m. ET: The Associated Press reports the Broward County Sheriff says 17 are dead in the shooting at a high school in South Florida.

UPDATE 5:50 p.m. ET: The Associated Press, citing a US official, identified the suspect as Nicolas Cruz.

MIAMI -- (WPTV) -- A suspect is in custody after a shooting at Marjory Stoneman Douglas High School in Parkland, Florida, left at least one person dead and multiple people injured Wednesday afternoon.

Broward Schools Superintendent Robert Runcie said there were "numerous fatalities" but the exact number was unknown. The extent of the injuries are unknown but the Broward Sheriff said the scene is still active.

An afternoon fire drill at the school created a scene of chaos before gunshots were heard Wednesday afternoon.

School board officials said staff and students heard what sounded like gunfire shortly before dismissal, and the school went on an immediate lockdown.

Footage showed dozens of officers and ambulances at the school as students ran or walked out with hands up. Some reported victims were seen being carried out of the school.

Sen. Bill Nelson, D-Fla., told MSNBC just before 4 p.m. that "there were a number of fatalities," citing Broward County officials, and that the shooter was not in custody, although authorities believed they knew who he was.

"This is a really bad day," Nelson said.

NBC 6 spoke to the older brother of one student, who said his sister, a sophomore, was safe but “trembling in shock” at the scene unfolding at her high school.

“It's just complete chaos out there,” he said a short distance from the school. “She was numb.”

NBC 6 also spoke with a father who was able to communicate with his child inside the school. "I'm relieved that [the suspect] has been captured, at least that part of its over. The stress from this is too much." He said his child is safe.

Coral Springs Police tweeted that students and teachers should remain barricaded inside the school until officers can reach them.

ATF agents were responding to the school to assist BSO and Coral Springs PD, officials said.