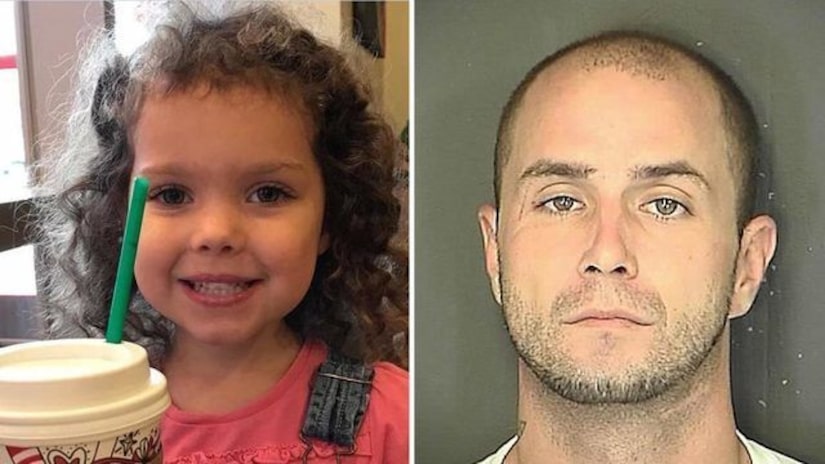 CHARLESTON, S.C. -- (WSOC) -- A 4-year-old girl who disappeared from her South Carolina home where her mother was found badly beaten has been found safe a day later in Alabama, authorities said.

Thomas Lawton Evans, the suspect in the abduction, was later arrested in Mississippi.

The police chief in Riverside, Alabama, found Heidi Todd inside a vehicle Wednesday afternoon and managed to get her out safely before the driver sped off, Charleston Mayor John Tecklenburg said.

Evans, 37, has been charged with kidnapping, said prosecutor Scarlett Wilson, who expects more charges to be filed.

Officers went to the girl's home on Johns Island around 6 p.m. Tuesday after two of her siblings had not been picked up at school, Tecklenburg said.

The mother was found "brutally beaten" but officers did not find Heidi, Tecklenburg said. Two other children were found in the home unharmed, the mayor said.

The woman said she was attacked as she returned home, but investigators don't know exactly when that was or where she had gone, Tecklenburg said.

Investigators have not found any connection between Evans and the girl's family and they haven't figured out a motive for the kidnapping, the mayor said.

CHARLESTON -- (WSOC) -- Charleston police released a sketch of a person of interest in the disappearance of 4-year-old Heidi Todd.

Officers, firefighters, the Charleston County Rescue Squad and the U.S. Coast Guard searched through the night without success.

During a Wednesday morning news conference, authorities said the girl's mother was severely beaten by a man who may have abducted Heidi.

Police said the woman could only provide a limited description of the suspect as a thin Hispanic man, between 25 and 30 years old who has short hair and is dressed in all gray.

Authorities released a sketch of person of interest. They said he was seen in the area recently.

"There is one thing that we know and that is Heidi Todd is missing and we need everyone to be on the lookout for this young lady, 4 years old," Charleston Mayor John Tecklenburg said.

Officials said there were two other children in the home at the time, and they were not hurt.