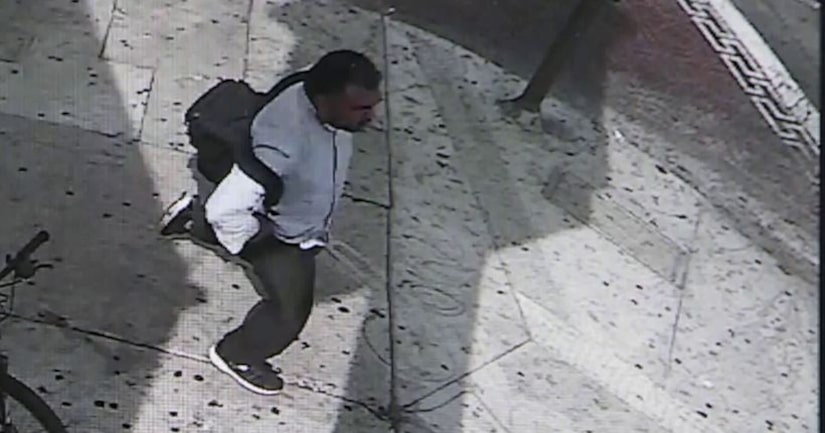 LOS ANGELES -- (KTLA) -- Police asked for the public's help Monday in identifying a man who violently struck an 85-year-old woman in Koreatown over the weekend.

The attack happened Saturday afternoon as Mi Reum Song walked to a supermarket on Olympic Boulevard near Vermont Avenue, Los Angeles police said. A man reportedly hit the woman on the forehead, knocking her unconscious and causing her head to bleed profusely.

Song was treated for head injuries at a hospital, according to authorities.