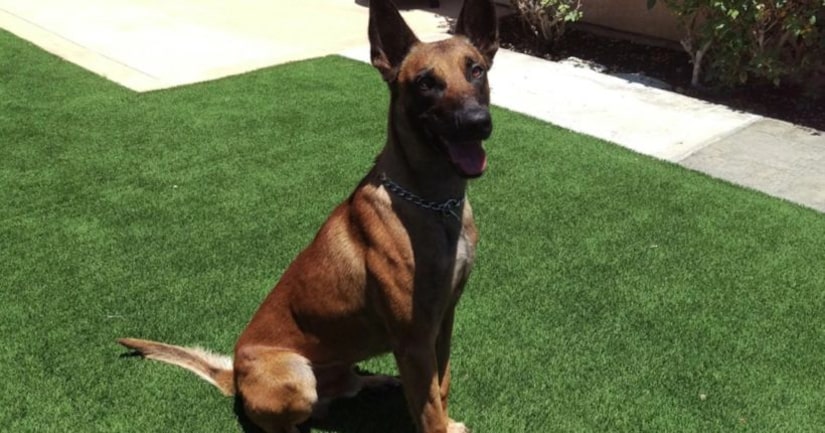 SAN DIEGO -- (LA Times/KTLA) -- A man with a 7-inch kitchen knife stabbed a San Diego Police dog during an arrest at an Encanto home Monday morning — an attack that came shortly after officers had shot the man using bean-bag rounds.

Police said the dog, a Belgian Malinois named Dexter who has been with the San Diego Police Department for a year and a half, underwent surgery and is expected to recover.

The incident began about 8:30 a.m. when police received a call about a woman who was having difficulty controlling her adult son at the home, Lara said.