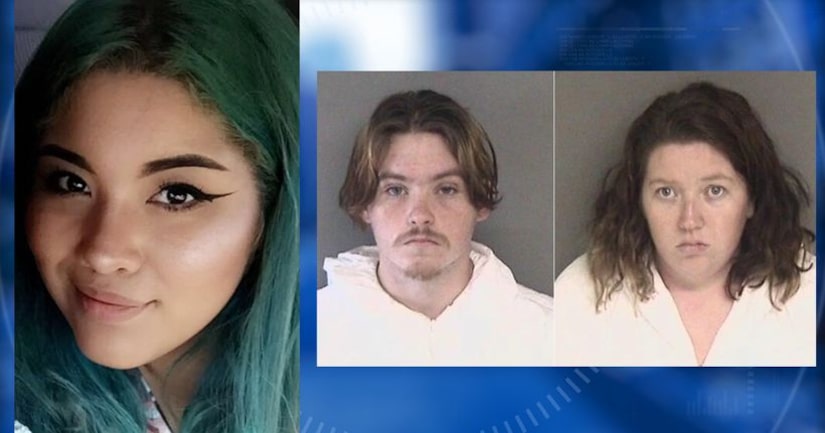 The suspects arrested for the murder of Lizette Cuesta are identified as 19-year-old Daniel Gross and 25-year-old Melissa Leonardo, both are from Modesto.

Police say the two are boyfriend and girlfriend.

Cuesta willingly got in the car with Gross and Leonardo, according to Alameda County Sheriff's Sgt. Ray Kelly.

Kelly says deputies are still investigating what led up to the brutal stabbing and he did not release any information on a possible motive.

According to her Facebook page, Cuesta grew up in San Jose before moving to Tracy.

Cuesta was stabbed multiple times and dumped on a rural road near Livermore, according to authorities.

A motorist who found Cuesta says he prayed with her and kept her awake and talking until help arrived.

Richard Loadholt says the woman was fighting for her life when he and a friend found her Monday soaked in blood and dragging herself on the side of a road in Livermore.

Alameda County officials say Cuesta told investigators who hurt her shortly before dying at a hospital.

Officials later arrested a man and a woman in Modesto in her killing. They have not say what led to the attack or identified the victim and the 19-year-old suspects.

However, investigators believe Cuesta was killed with malice aforethought, dumped from a vehicle and left for dead. She crawled on her stomach 100 yards or more before being found.