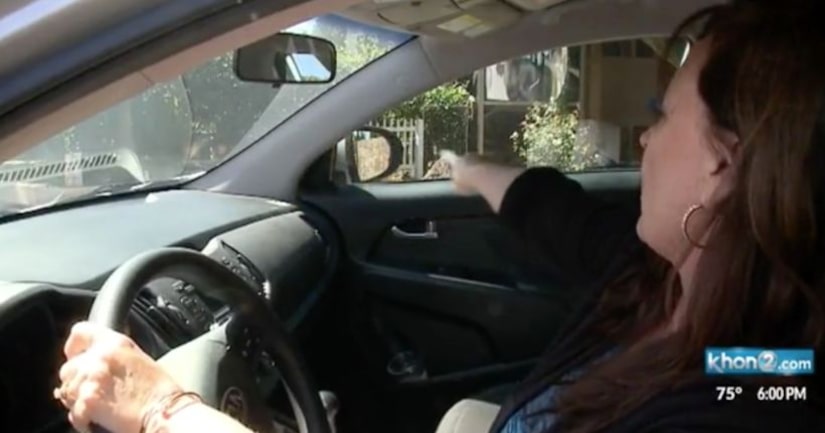 WAIPAHU, Hawaii -- (KRON) -- A Hawaii woman honked her horn at another car, then got a ticket for it.

Lynette Atuaia says she used her horn, thinking another driver was about to cut her off and cause an accident.

She says she did not realize the driver was a police officer until he pulled her over and handed her a $72 ticket.

“I'm looking out of my peripheral vision. I go, 'Hey!'” Atuaia said.

According to Atuaia, she only beeped her horn once. She says she was halfway through an intersection on Farrington Highway when she saw the hood of a car parallel to her.

“I was afraid. I thought I was going to hit him. My initial reaction was, 'Hey, get out of my way. I'm going to hit you. You're cutting me off!'” she explained. “Then when I pulled over into the parking lot, he just said, 'License and registration, I'm giving you a ticket for honking your horn.'”

“He said I should have seen he was an emergency vehicle,” Atuaia added. “But he didn't have his lights and sirens on as he was trying to cut me off or pass me.”

From July 2017 to January 2018, Hawaii's Traffic Violations Bureau says five citations were given out for “unnecessary use of horn” on Oahu.

“I'm not too sure. It's one of those real common things. Everybody is honking their horn everywhere, right, so they might not know that,” said driving instructor Lenard Wong of Wong Way Driving School.

Under Sec. 15-19.27 Horns and warning devices, the law states, “The driver shall, when reasonably necessary to ensure safe operation, give audible warning with his or her horn; but shall not otherwise use such horn when upon a highway.”