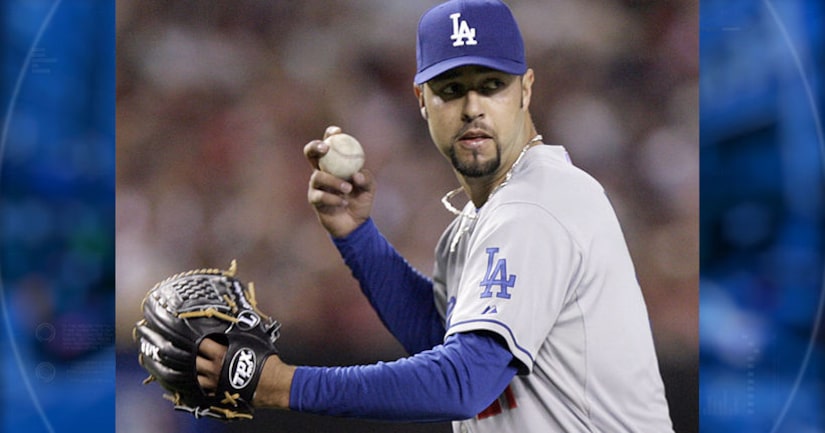 Loaiza, 46, was under surveillance Friday when he left an Imperial Beach home in a suspected drug smuggling vehicle, San Diego County Sheriff's Lt. Jason Vickery said. Deputies from the Border Crimes Suppression Team stopped Loaiza for a traffic infraction, and inside the vehicle found "a sophisticated after-market compartment used to conceal contraband."

Based on that stop and other evidence, deputies obtained a warrant to search the Imperial Beach home that Loaiza leased earlier this month "just steps away from an area preschool," Vickery said.

Inside the home, investigators discovered roughly 44 pounds of cocaine with an estimated street value of $500,000, the lieutenant said.

According to Baseball Reference, Loaiza made more than $43 million over a career that spanned parts of 13 seasons, but he remained jailed Monday, apparently unable to post bail.

Loaiza was a two-time All Star who won 126 games in his career, the second most for a Mexican-born pitcher behind Los Angeles Dodgers legend Fernando Valenzuela. Loaiza's best season came with the Chicago White Sox in 2003 when he won 21 games, recorded a 2.9 earned run average and finished second in American League Cy Young voting.

Aside from his baseball career, Loaiza is also well-known as the husband of singer Jenni Rivera, a Long Beach-native who died in a plane crash in 2012 in Mexico.

Jail records showed Loaiza was set to be arraigned Wednesday in a Chula Vista courtroom.