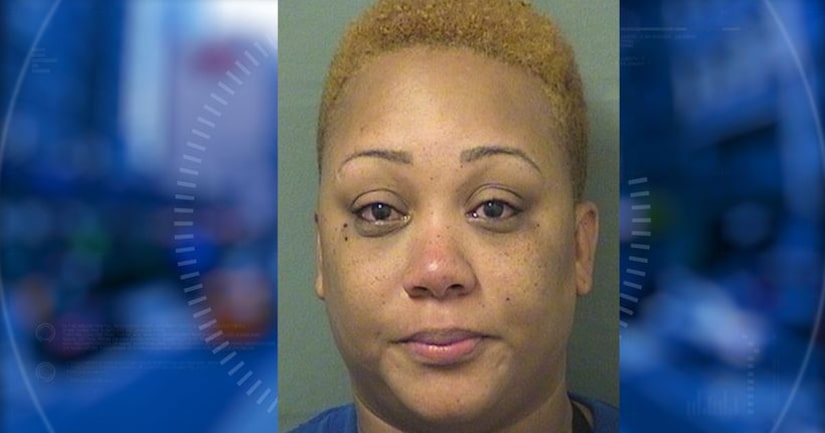 A mother said she picked up her 3-year-old from the daycare and noticed a bruise on her arm on Feb. 6, according to a police report.

The child said that she was “bad at daycare and Mrs. Amelia grabbed her by the arm to make her listen,” an officer wrote in the report. The girl had bruises and cuts on her elbow consistent with fingernails, an officer said.

Catherine Huber, the daycare owner, said she watched video surveillance showing Jones grabbing the girl aggressively by the arm and escorting her to the bathroom. County records show Huber is the owner of Lighthouse Academy and Child Development Center in Boynton Beach.

Huber said Jones and the child were in the bathroom for less than a minute, which is against the daycare's policy. Huber said Jones was fired after she admitted she was becoming too aggressive.

While officers were investigating this case, another incident of possible child abuse involving a different student was reported. Video from Feb. 5 around 9:50 a.m. allegedly shows Jones “grabbing, shaking, and lifting the child out of a chair and causing her to fall to the floor for no apparent reason,” according to a recently released police report.

The child was seen in the video sitting on a chair across a table from Jones. Jones reached over the table and shook the child's arm to get her out of the chair. The child falls to the floor and Jones made no attempt to help, the report states.

Investigators found two scratch marks on the child's arms. The child said one of the scratch marks was from Jones from a November incident.

Officers interviewing Jones following the Feb. 6 allegations said she told them the child was crying all morning the day of the offense. She said she became frustrated and used an excessive amount of force to grab the girl on her arm and took her into the bathroom to get her to calm down.