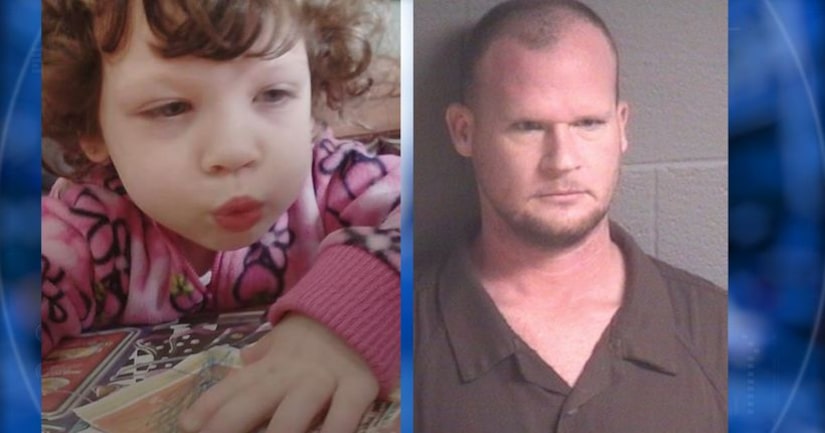 Pickering was chained at the ankles, and wore a brown jumpsuit and glasses.

He did not want to make any comments.

He answered matter-of-factly when the judge asked questions, mostly with, "Yes, sir."

He is under psychiatric care for mental illness, and received medication through the Buncombe County jail, saying Zoloft did not impair his judgement in making decision to enter plea.

Lila's mother did not appear in court. John Pritchard of the U.S. Attorney's Office said the plea happened quickly, and she wasn't able to get here in time but plans to be at the sentencing hearing, which could be months from now.

Pickering was given temporary custody of Lila in July of 2015 by the courts after he filed domestic violence charges against his wife, Ashley.

DSS made several visits and never found any trouble until July 30, 2016, when an on-call social worker observed Pickering stumbling around while caring for Lila.

Pickering admitted to an alcohol problem and agreed to place Lila with a family friend.

During a supervised visit in September 2016, Pickering left with the child without permission. Later that day, after driving with her to the Blue Ridge Parkway, park rangers witnessed him stab 6-year-old Lila in the chest with a knife as the rangers approached Pickering and Lila.

According to documents in the case, when rangers asked why Pickering had killed his daughter, he replied, "Now they will never be able to take her from me." He further stated something to the effect of "she's happier now."