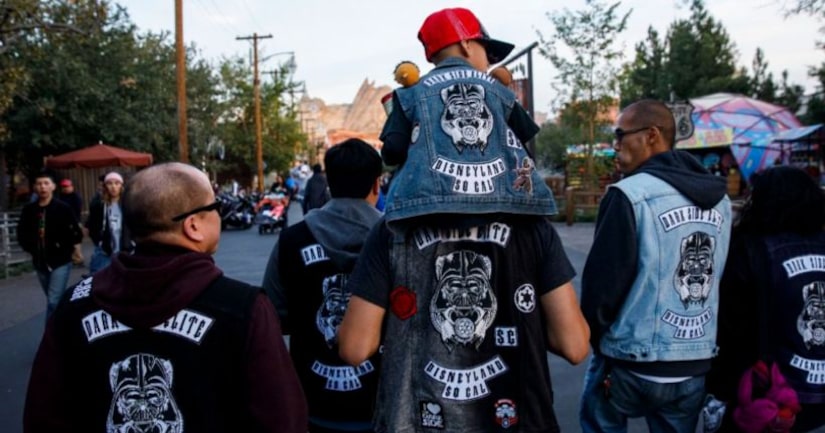 ANAHEIM, Calif. -- (LA Times/KTLA) -- They stroll through Disneyland in packs of 20 or more, motley crews that resemble a cross between the Hells Angels motorcycle gang and a grown-up Mickey Mouse Club with their Disney-themed tattoos and their matching denim vests strewn with trading pins and logos.

Disneyland social clubs, by most accounts, are harmless alliances of friends and family who meet up at the park to share a nerdy obsession for all things Disney. With club names such as Tigger Army and Neverland Mermaids, how threatening can they be?

“It's all about the shared love for Disney,” said Mark Drop, Jr., 39, who founded a club called Flynn's Riders, after a character in the Walt Disney animated film “Tangled.”

But a lawsuit filed in Orange County Superior Court has revealed a dark undercurrent to the pastime. The head of one club has accused another of using gangster-like tactics to try to collect “protection” money for a charity fundraiser at the park.