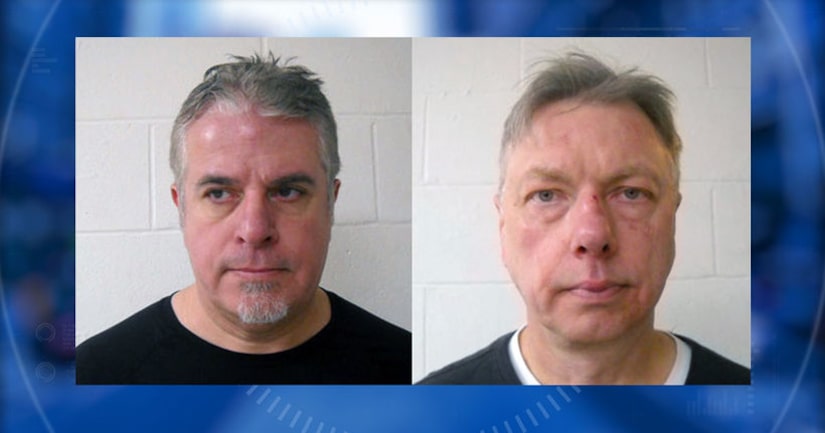 PELHAM, N.H. -- (WBZ) -- A man had an ax to grind over snow he says was plowed in his yard, and now he and another man are facing charges after brawling over the matter.

Police arrested Eric Chojnacki, 57, and Issam Mousa, 54, both of Pelham, N.H., after officers responded to a physical confrontation between the two men that involved an ax.

“My truck was halfway into my driveway this is when he came with the ax,” said Sam Mousa.

Mousa thought his neighbor was looking for help.

“I thought there was something happened over there and he was there for help he was in a state of craziness,” said Mousa.

But, what the other man said was wrong came as a shock.

Late Wednesday afternoon, Mousa plowed his driveway and the area around his mailbox on Ballard Road. He drove around the cul-de-sac past the house across the circle. His neighbor came running at him with the ax saying he dumped snow in the yard.

“Four or five bangings on my side window,” said Mousa, describing his neighbor hitting his truck with the ax.

There was no damage to the truck, and Mousa said he showed his neighbor there was no snow pile. Mousa's 17-year old son was with him and called police.

“This is when he became even more furious with the ax, still in his hand he went and pushed me,” said Mousa.

The pair struggled, which is still evident in the snow. Police arrived and charged both men.

Eric Chojnacki was charged with a felony for threatening his neighbor with the ax.

“When we got there, thankful things had deescalated,” said Pelham Police Officer Ryan Donovan.

Chojnacki had nothing to say when asked about the incident.

“Please get off,” said Chojnacki.

Before this, Mousa says the pair only exchanged the word "Hi." Now, there is no neighborly goodwill.

“I want safety for my kids and for my wife and this man basically robbed us of all of that,” said Mousa.