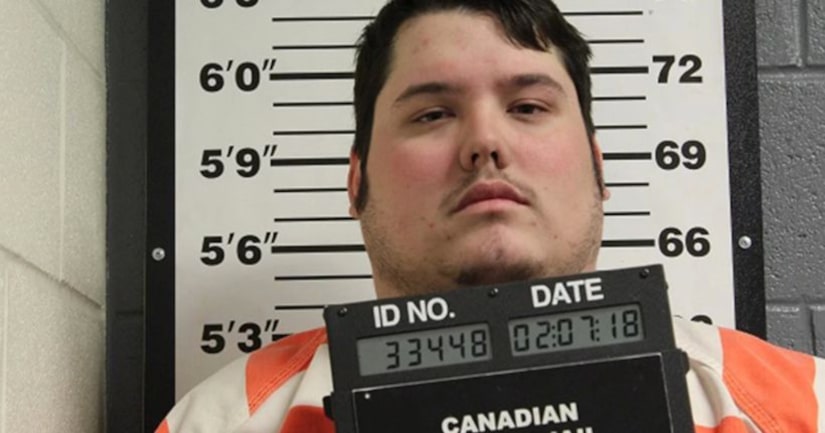 CANADIAN COUNTY, Okla. -- (KFOR) -- A 21-year-old man was arrested after he allegedly solicited an undercover sheriff's deputy for nude photographs and sex, according to the Canadian County Sheriff's Office.

Investigators say they learned that 21-year-old Jacob Fourkiller had been trying to obtain nude photographs from a group of under aged girls living in the Blanchard area.

The Canadian County Sheriff's Office worked with the Blanchard Police Department to learn more about Fourkiller. Authorities say the man was using a social media app to request inappropriate pictures of young girls, and tried to arrange a meet up for sex.

A sheriff's investigator was able to connect with Fourkiller, who only engaged in innocent online conversations. After a while, authorities say he tried to persuade the undercover deputy to switch to a different social media app.

Fourkiller allegedly asked the deputy, who was pretending to be a 14-year-old girl, to send him photographs of herself in her underwear. He also reportedly asked if she was ready for him to have sex with her.

On Feb. 7, deputies caught up with Fourkiller in Chickasha. When they looked at his phone, deputies say they found about a dozen pornographic pictures of underaged girls.

In all, authorities say he had hundreds of pictures of underaged girls he was talking to online, many of who were only wearing bras and panties.

“I can't understand why these little girls were so willing to send this sicko the photos he asked them for, especially knowing he was a grown man,” said Canadian County Sheriff Chris West.