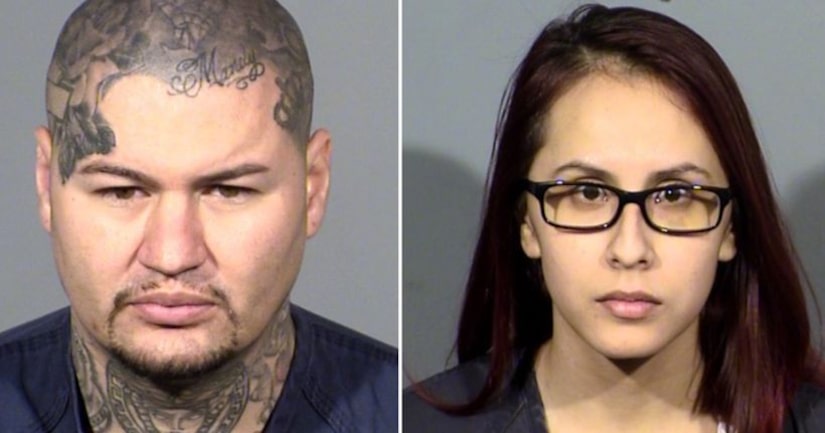 When officers arrived they found a man with multiple gunshot wounds inside of a residence. The victim was transported to UMC Trauma where he died.

The investigation initiated by the LVMPD Homicide Section indicates that 27-year-old Joseph Fernandez forced his way into the residence armed with a handgun. While inside, Fernandez shot a man and then forced a woman into a grey BMW sedan and fled the area.

Fernandez then drove the victim to an apartment located near the 5100 block of Torrey Pines and met up with 26-year-old Jessica Tolentino-Arciga.

During the course of the incident, the victim was able to escape from the apartment. She walked to a store near Tropicana Avenue and Jones Boulevard where she called 911.

At approximately 4:27 a.m., the LVMPD Air unit located a grey BMW matching the description of the suspect vehicle driving recklessly near Jones Boulevard and Russell Road. Marked patrol units pursued the suspect vehicle to northbound I-15 and Tropicana Avenue exit.