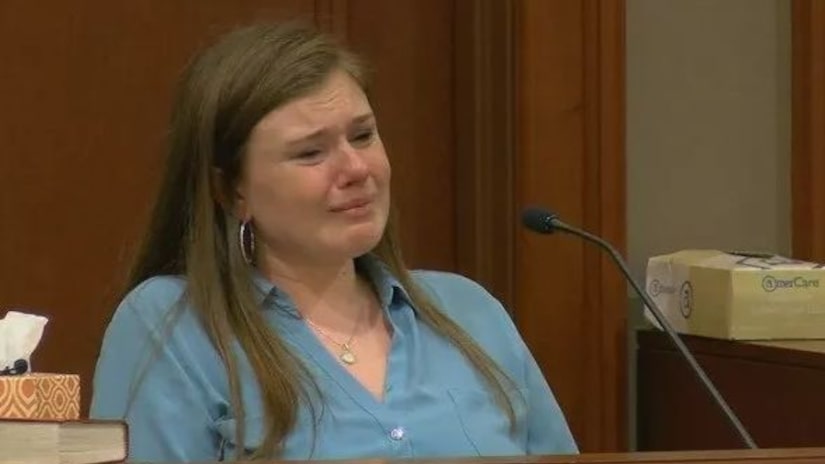 CONWAY, S.C. -- (WMBF) -- A jury has found Shelby Taylor guilty of attempted murder for putting her newborn baby in a dumpster in April 2015.

The defense attorney and state prosecutor delivered closing arguments Thursday morning before the jury was dismissed for deliberations. The jury deliberated for about an hour and a half before returning a guilty verdict.

The sentencing hearing was scheduled for next Thursday at 2 p.m. Shelby was taken back into custody, and the judge invited anyone to talk on her behalf.

The Defense asked for a delay, saying they want the judge to have more time to review scientific evidence of Transient Peripartum Psychosis around the U.S. this week to possibly lessen the sentencing. Greg McCollum one of Taylor's Defense Attorney's added, “This is something prevalent in the world, it happens there has been studies of it and different jurisdictions in the state treat it differently, so we think it would be helpful if the judge has the benefit of seeing some of that science and how this is treated beyond what was presented in court, so we think that will be helpful for the judge to have that as part of the sentencing."

McCollum said obviously his counsel wanted a different verdict and wanted a lesser charge, but accept the jury's decision, and they don't take issue with the jury's verdict. He said Shelby is loved and had a huge family support present during the trial. He said, "People love her and that's obvious this is devastating event for them it was devastating when they foud out this occurred its been very difficult and I feel for them, at the same time I undertand the publics positon and how they are outraged over this, I get that but her family has suffered as well."

"I am so thankful for the work of Horry County Police and Scott Hixson and Car Walker who handled this difficult and emotional care for our citizens. These child case always leave emotional scars, but I'm proud of their work and am thankful that baby Trinity is doing well."

During closing arguments, Deputy Solicitor Scott Hixson asked the jury: “We have one final question for you to answer, did Shelby Taylor with malice intend to kill her child?”

He continued: "Shelby Taylor had intentional deceit, not basic truth... That is specific evidence of malice...When Dr. McCarthy said a symptom Shelby had to kill her baby was anxiety or stress... Every parent in the US currently undergoes those feelings about their kids. They don't kill them...Tying that knot in the trash bag is expressed malice. It's over, that life is in the rear view mirror and I am never coming back."

Hixson concluded by saying, "You're going to go in that jury room and the sunshine of truth is in your hearts and minds and you are going to return with a verdict of guilty for attempted murder against Shelby Taylor.”

Defense attorney Dean Mureddu began his closing argument by stating, “Transient Peripartum Psychosis is present in Shelby Taylor's case. To deny it or ignore it is just not the truth. They deny these known risk factors were present, but didn't offer any evidence that refutes that. They have the burden of truth, but no evidence nullifies what we know about Transient Peripartum Psychosis...How could anyone know when they are going into labor, how long it will last or where it will occur. It's denial, it's delusional and child-like reasoning...Transient Peripartum Psychosis explains the bizarre behavior of Shelby...Attempted murder was the wrong charge from day one. We ask you not to use emotion, but the power of reasoning when you decide a verdict.”

Hixon rebutted Mureddu's closing arguments by saying, "The word 'Transient' comes and goes when it's convenient when you are on trial for attempted murder. The disorder is not proven...Postpartum exists but not so delusional that you are driven to kill a baby. She makes the conscious decision to put in motion, take the baby, don't tell anyone and put it in a trash bag. Boom, that's malice."

After closing arguments concluded, the jury was read the indictment charge, and the two charges on the table for Taylor. Attempted murder, and a lesser charge of first-degree assault and battery requested by the defense. After nearly an hour and a half of deliberations, the jury returned the verdict of guilty for the attempted murder charge.

On Wednesday, the final witness for the defense testified about the condition of Taylor when she put her baby in the dumpster.

The basis of the defense's case was that Taylor had an extreme variation of postpartum depression called transient peripartum psychosis. Dr. Robert McCarthy, a local clinical forensic and mental health counselor who did a comprehensive forensic evaluation of Taylor, testified for nearly two hours.

On Tuesday, Shelby Taylor took the stand and she regretfully and tearfully admitted to putting the baby in the dumpster.

Her attorney, Greg McCollum, asked Taylor if she has seen the child since the alleged incident happened. The defendant said she has not.