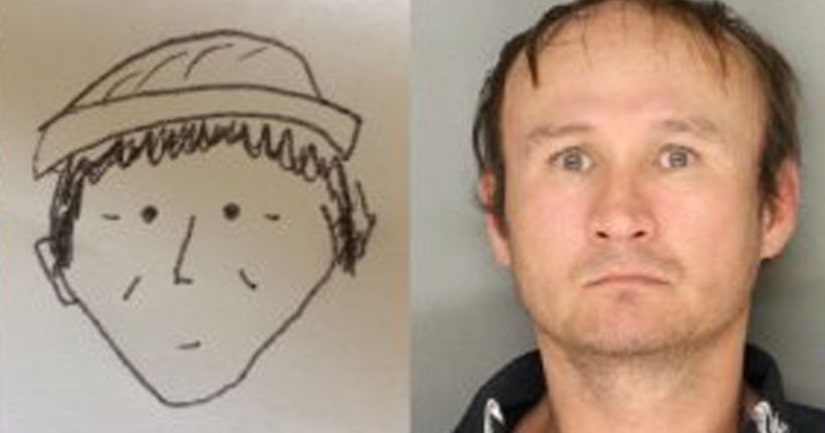 UPDATE: Lancaster City Police have identified a suspect as Hung Phuoc Nguyen, 44, of Lancaster. After the initial release of the sketch of the suspect, some investigators and officers recognized the physical description and modus operandi as Nguyen's, police say .

While the sketch provided appeared amateurish, police say, it helped jog the memory of at least one investigator, who was able to provide Nguyen's name as a suspect. Police showed the witness a photo array, and the witness identified Nguyen as the person who pretended to be the standholder and took the money.

Nguyen was charged with two counts of theft by unlawful taking, and a warrant was issued for his arrest.

LANCASTER, Penn. -- (KTLA) -- Police in a Pennsylvania city said they have identified a theft suspect using a hand-drawn and cartoonish sketch provided by a witness.

The theft occurred at a farmer's market in Lancaster, PA on Jan. 30, when a man pretended to be an employee at a stand while the actual employee was away and took money from the business, KTLA sister station WPMT reported. The suspect then left the area.

The witness apparently drew an “amateurish and cartoonish” sketch of the suspect, who was described as being between 30 to 40 years old, 5 feet 4 inches tall of petite build and “possibly South American or Asian,” according to the Lancaster City Bureau of Police.

The simple sketch included black dots for eyes, lines around the eyes and nose and one line for the mouth. The sketch shows the person wearing a hat.