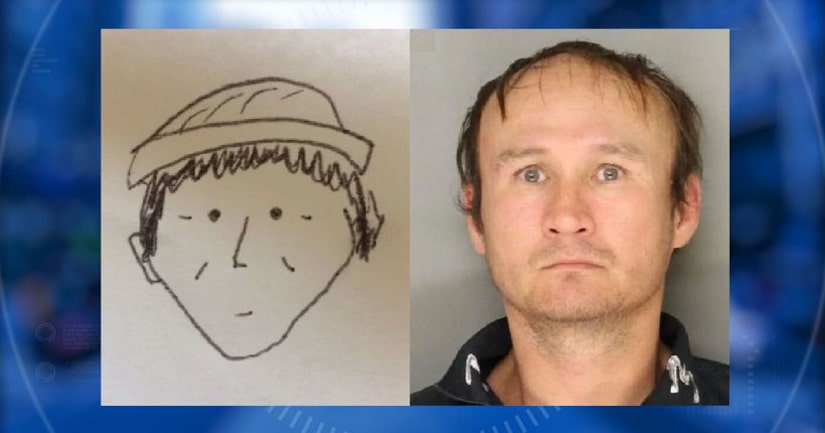 LANCASTER COUNTY, Penn. -- (WPMT) -- Lancaster City Police have identified a suspect as Hung Phuoc Nguyen, 44, of Lancaster. After the initial release of the sketch of the suspect, some investigators and officers recognized the physical description and modus operandi as Nguyen's, police say.

While the sketch provided appeared amateurish, police say, it helped jog the memory of at least one investigator, who was able to provide Nguyen's name as a suspect. Police showed the witness a photo array, and the witness identified Nguyen as the person who pretended to be the standholder and took the money.

Nguyen was charged with two counts of theft by unlawful taking, and a warrant was issued for his arrest.

Police checked Nguyen's last known address, but he was not located. Anyone with information on his whereabouts is asked to contact Lancaster Police at (717) 735-3300 or Lancaster Crime Stoppers at (800) 322-1913.

On January 30 around 1:20 p.m., police were alerted that an unknown man pretended to be an employee at a stand inside Central Market in Lancaster while the stand was unattended.

At one point, the man took cash from the business and fled the area on foot.

The suspect was described as a man in his 30s that stands about 5'4″ tall and was possibly South American or Asian. He was also described as having straight, black hair that covered his ears, with wide-set cheekbones and a pointed chin.

A witness provided police with a hand-drawn sketch of the suspect, which is attached.

Anyone with information on this incident or the identity of the suspect is asked to contact Lancaster Police at (717) 735-3300.