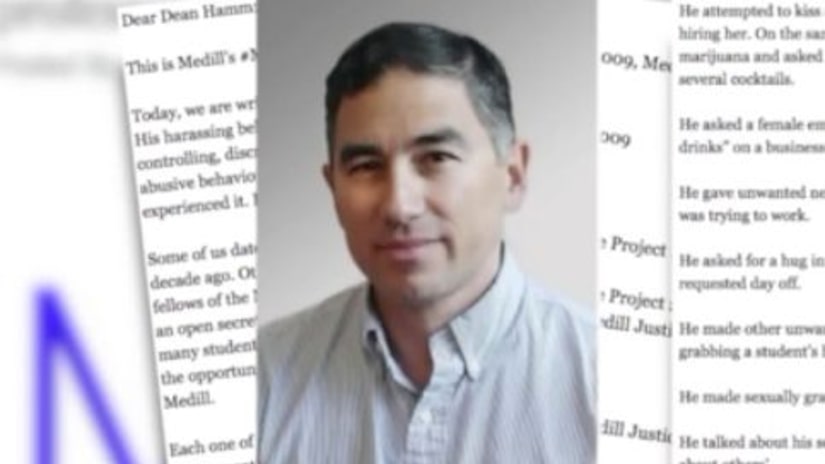 EVANSTON, Ill. -- (WGN) -- A professor at Northwestern University has been accused of inappropriate behavior by 10 women.

Alec Klein, a journalism professor at the Medill School of Journalism, was accused of inappropriate touching and using crass bullying language.

The allegations were laid out in a letter written by eight former students and two faculty members. The open letter was written to the dean of Medill and was first published by the Chicago Reader. It spelled out a number of accusations against Klein.

The woman accused the professor of trying to kiss students, unnecessary closed door meetings, holding their hands, rubbing their shoulders and talking about his sex life.

The women also accused him of bulling them, yelling at them for mistakes, retaliating against them for not agreeing with him and saying hurtful things to them.

Klein responded with a long statement of his own and said he denies the allegations. He said he spent decades teaching at Northwestern as has had nothing but great reviews from his students. He said many of the allegations raised involved a disgruntled former employee who had demonstrated poor work performance several years ago.