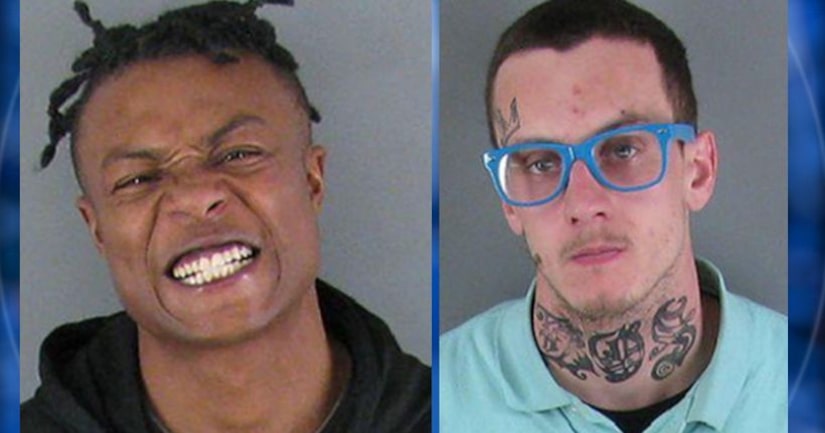 LOWELL, N.C. -- (WSOC) -- A man accused of pistol-whipping a clerk and pointing a gun at a 4-year-old boy during a violent robbery is behind bars.

Lowell police said Deone Brice is the man seen in a jaw-dropping surveillance video at the Lowell Mini Mart on McAdenville Road.

In the surveillance video, the suspect is seen putting the clerk's son in a chokehold and pointing the gun at the clerk while the clerk's 4-year-old grandson watched.

The clerk told Channel 9 last week that the robber at one point aimed the gun at her grandson and threatened to kill him.

Officers said Brice, who is a registered sex offender, was already in jail for violating the rules of his probation by picking up an elementary school student from their bus stop weeks before the robbery.

Police this week also arrested Dustin Bingham who they said was the getaway driver.