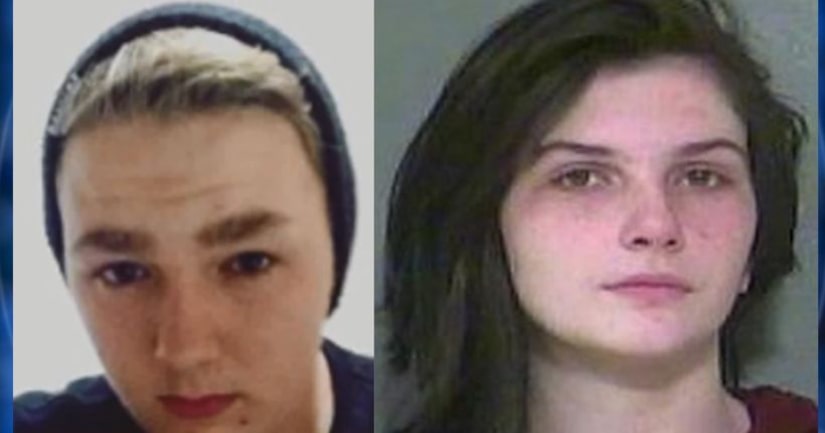 GREENFIELD, Ind. -- (WXIN) -- Prosecutors in Hancock County have charged at 19-year-old in connection with the overdose death of a teen earlier this year.

Around noon on Jan. 3, 2018, Greenfield police and EMS units were called to a home in the 900 block of Gondola Run for an unresponsive person. There they found 16-year-old Jacob Root. Efforts to resuscitate him were unsuccessful, and he was pronounced dead.

The Hancock County Coroner's Office ruled that Root died from a fentanyl overdose.

Investigators said 19-year-old Anna Southgate provided Root with the drug. She lives at the residence where he was found.

According to charging documents, Southgate faces felony counts of reckless homicide, unlawful possession of a syringe and dealing in a narcotic drug. She also faces a misdemeanor count of possession of paraphernalia in connection with the case.

Eaton wouldn't go into the specifics of the Southgate case, but says charging decisions like those are part of a growing strategy by prosecutors to hammer down on the opioid epidemic

“We're going to look at everything we can not only look at people who are distributing narcotics, but in those situation where there's an overdose an someone passes, we're going to look at all the tools in the toolbox and all of the resources that we have to see that those people are held accountable,” he said.

Earlier this year state senator Jim Merritt(R) Indianapolis, introduced similar legislation that would increase the severity of charges and sentencing to someone who dealt drugs laced with fentanyl, or carfentanil and resulted in a death. Merritt says for him, it's about sending a message.

“It's sending a message to Mr. and Mrs. Drug dealer that saying that you're not wanted and if you do deal in this state and it is heroin laced with fentanyl, you're going away for a long time," Merritt said.

Southgate initially told investigators that Root brought the drug with him to her house but later admitted she'd given it to him, according to court documents. She said they'd injected it around 4 a.m., leading to him “speaking gibberish” and “not making any sense.”

Even though she felt he was “too high,” she didn't call 911, according to court documents. She told investigators that she kept checking on him to make sure he was OK. She tried to make sure he was still awake because she was afraid he was close to overdosing.

Investigators received a search warrant for Southgate's phone, which showed Google searches related to drug overdoses, including “What to do when someone is ODing,” “What to do if your friend has overdosed,” and “How to intervene during an overdose,” among other search phrases, court documents said.