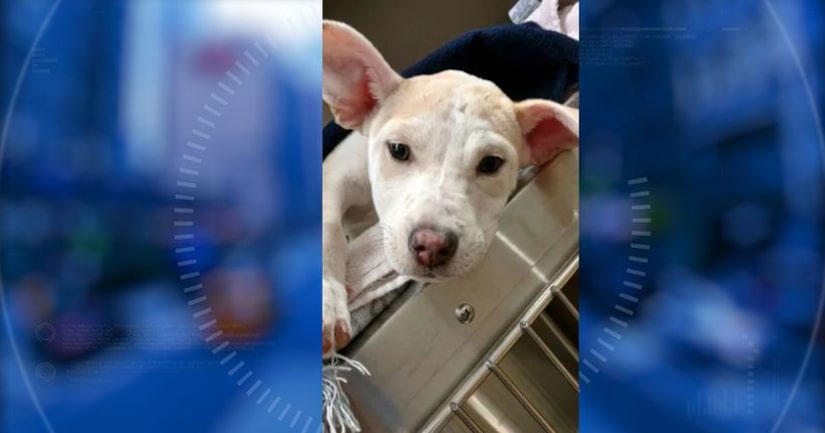 BUTLER COUNTY, Ohio -- (WXIX) -- A puppy who was abused is now recovering after surgery.

Rescuers with Joseph's Legacy said they have taken in a months-old lab mix named Valhalla. They believe Valhalla's owner, a 19-year-old man, got angry when she peed in his room, and in response threw the puppy down the stairs before beating her with a flashlight.

Vally was said to be doing well post-op. She is expected to be released to heal in her foster home.

"I can't even imagine the pain that she endured while she was beaten and the sound that she made while she felt every single blow and how much fear she had when she was being beaten and thrown," said Meg Melampy, president of Joseph's Legacy.

Melampy said the puppy also appeared to have burns on her ears that could have been caused by cigarettes.

Valhalla is now with a foster family.

Rescuers expect the owner will be charged this week.

The rescuers said Vally will need many follow up visits as well as therapy and rehab along her journey to being healed and happy.