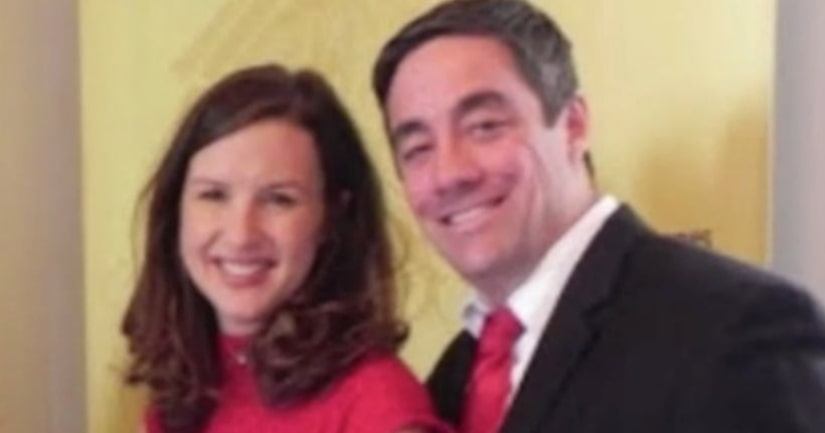 ST. LOUIS -- (KTVI) -- With no known motive or living witnesses, investigators are looking into whether postpartum depression played in the tragic shooting deaths of a man, wife, and infant daughter in the St. Louis Hills neighborhood of South St. Louis.

The neighborhood remained shaken with people adding to a memorial at the family's doorstep on Kinsey near Childress.

The pastor of St. Raphael's Catholic Church confirmed the Trokeys celebrated their baby's baptism there a little more than 6 weeks before the tragedy.

No one saw it coming.

Police sources confirmed receiving a call for help after a relative discovered the bodies Friday afternoon. The family dog survived an apparent graze wound. The bodies and a gun were found in the same part of the house, which showed no signs of forced entry. Mrs. Trokey recently bought a gun. There was no known motive for the shootings.

The hospital offers a service called MOMS Line. It connects moms and mothers-to-be with peer coaching, counseling, even referrals to psychologists, when they may be feeling overwhelmed.

Marinto-Sexton is living proof that such outreach can be a life rope to women.

Often times turning to family members and close friends can lead to increased feelings of anxiety and pressure to live up to a certain standard, she said.

"I just remember feeling such a sense of relief when there were other women feeling the same way. I was a high-powered career woman and then had this baby and felt like I was a foreigner in another land, and didn't know to get through the day and those moms helped me," Matrino-Sexton said.

You can contact MOMS line at 314-768-MOMS. It's considered a "warm line" and not a "hotline." Women who call can leave a message and will get a response within 24 hours.