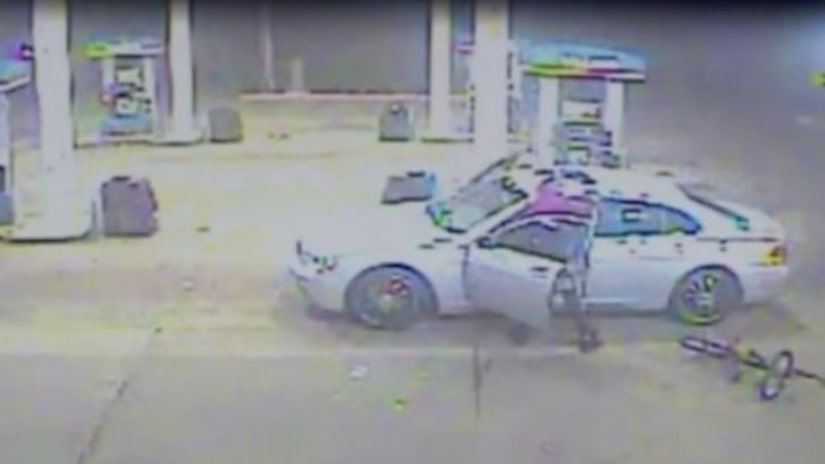 HOUSTON -- (KIAH) -- A woman was fatally shot by two suspects police said were "cowards" who gunned her down in a senseless act of violence late Monday.

The woman and two men went to a Valero gas station in the 11200 block of Bissonet around 11:30 p.m. Monday. The men were still inside the store and the woman was inside the car when she was approached by two attempted carjackers.

"Two black men on bicycles rolled up, went to either side of the car, forced their way into the car, a struggle ensued inside of the car and, at some point, one of the suspects fired and struck the victim," explained Lt. W.L. Meeler, HPD Homicide.

Employee Faisal Kazi said the woman was breathing at first but he left her to go back into the store and retrieve his phone. Kazi called 9-1-1 and returned to the woman and followed instructions from the Emergency Medical Services dispatcher.

“They told me to stay with her and apply pressure to the wound,” said Kazi.