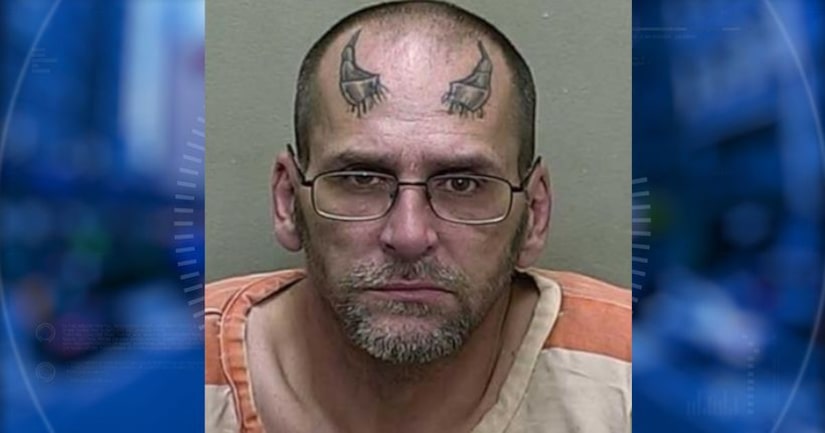 MARION COUNTY, Fla. -- (WKMG) -- A man with devil horns tattooed to his forehead was arrested after deputies found brass knuckles and marijuana in the pockets of his pants, according to the Marion County Sheriff's Office.

Deputies say 48-year-old Jamie Knight was pulled over and that they found a clear plastic bag of marijuana in his front pocket.

Knight admitted the marijuana was his and tested positive for THC in a field test, the report said.

Deputies said they also found a pair of silver brass knuckles in Knight's pocket. Deputies said Knight told them that he carried the weapon for protection.