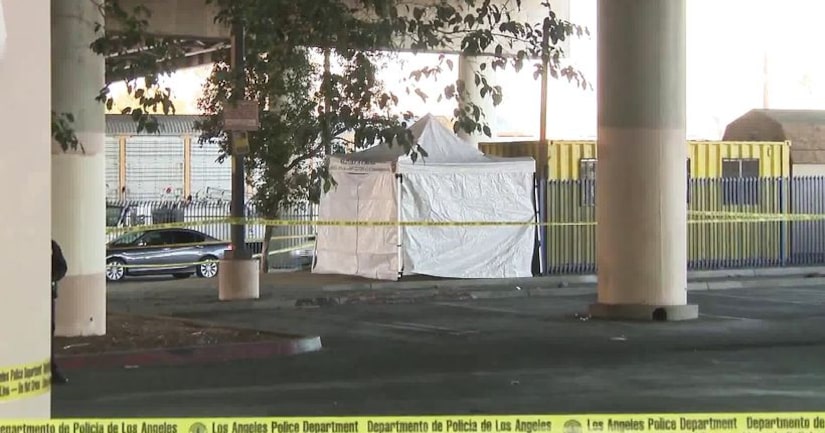 LOS ANGELES -- (KTLA) -- The dismembered body found set on fire in Cypress Park belonged to a homeless woman who was allegedly killed by her husband in Pasadena, then transported to northeast Los Angeles on a Metro train, police said Tuesday.

Valentino Gutierrez, 56, has been charged with felony counts of murder and arson in connection with the grisly homicide, the L.A. County District Attorney's Office said.

The victim was identified as 31-year-old Tiana Alfred, though her remains have not yet been positively identified by coroner's officials due to their condition, according to Capt. William Hayes.

She was Gutierrez's wife, and both lived in a homeless shelter on Raymond Avenue in Pasadena at the time of the crime, Hayes said.

Alfred's remains were found burning in a parking lot on Feb. 1.

Investigators believe she was killed late at night on Jan. 31 in an abandoned restaurant in on Arroyo Parkway in Pasadena that had been closed for some time.

Detectives have not recovered a weapon and said they are still unsure how exactly Alfred was killed. Hayes said the condition of her remains indicates "an awful lot of effort and determination."

Forensic evidence was recovered from the restaurant scene, but officials did not disclose what it consisted of.

Gutierrez is accused of then loading her body parts into a suitcase and taking a Metro Gold Line train from Pasadena to the Lincoln/Cypress station shortly after midnight. Although other people were riding the train at the time, investigators said Gutierrez did not have contact with them.

He then allegedly took the suitcase to the Home Depot on the 2000 block of North Figueroa and set it ablaze. Firefighters responded to the scene — reported as a garbage fire — around 1:30 a.m. and discovered the human remains after the flames were extinguished.

Surveillance video and police bloodhounds were used to link Gutierrez to the homicide, according to LAPD Chief of Detectives Justin Eisenberg.

He was arrested last Friday and is being held on $2 million bail at the Twin Towers Correctional Facility near downtown L.A., police confirmed.

Gutierrez could be sentenced to life in prison if convicted on the charges, DA's officials said.