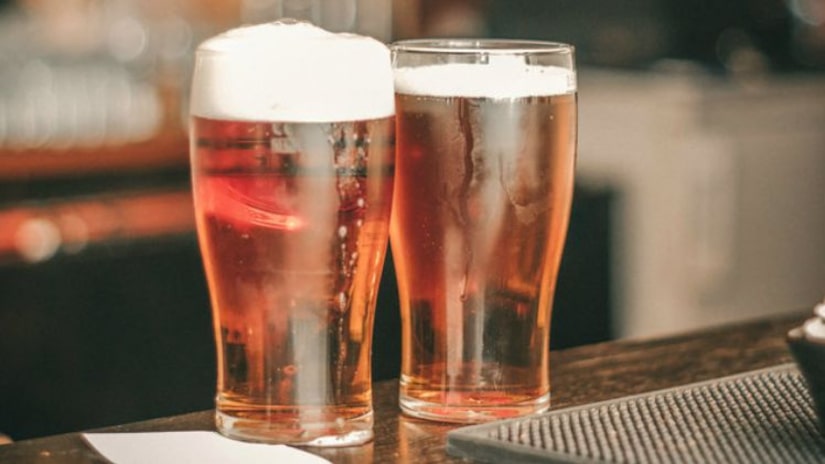 FLAGLER BEACH, Fla. -- (WKMG) -- A man and a woman were arrested Sunday after authorities say they left a young boy outside a Flagler County bar so they could watch the Philadelphia Eagles play the New England Patriots in the Super Bowl.

Several people called the Flagler County Sheriff's Office Sunday evening to report the boy wandering in the parking lot in front of the Beer House on U.S. Highway 1.

When Bunnell police, and later Flagler deputies, arrived they spoke with Kristal Valenti, 38, and her husband Robert Valenti, 42, who were inside drinking at the bar and watching the game.

Kristal Valenti said her son was left in their Ford truck in the parking lot because no one under 21 was allowed in the bar after 6 p.m., according to the arrest report. She told deputies that she has gone outside periodically and check on him.

Valenti told deputies she left the boy outside because "it was the Super Bowl and she really wanted the Eagles to win," according to the report. One deputy said in the report that at one point she tried to fist bump him while talking about the NFL team.

Several bar patrons told deputies they were concerned when they saw the boy running close to U.S. Highway 1. Witnesses said the child was left in the parking lot for about two hours when authorities arrived.

Beer House staff also alleged that the couple brought outside alcohol into the bar, at which point the Valentis began arguing about who the alcoholic drink in question belonged to, according to the report.

The Valentis were arrested on charges of child neglect without great bodily harm and booked into the Flagler County Inmate Facility.