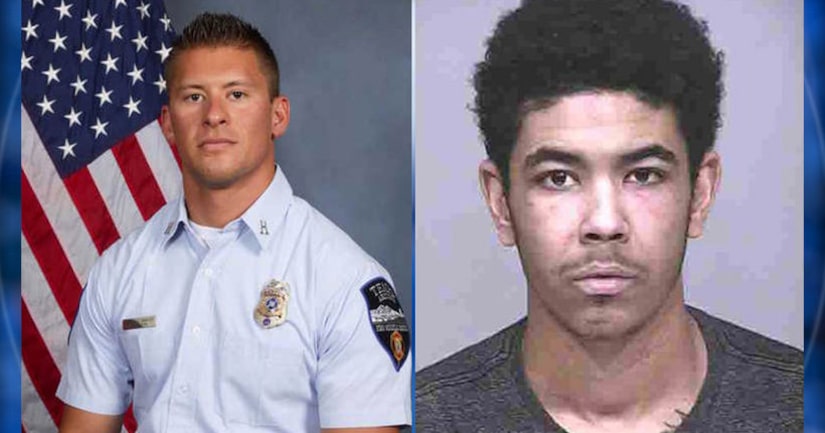 The shooting happened around 2:30 a.m. in the area of Civic Center Plaza and Stetson Drive, east of the Scottsdale Fashion Square mall.

Police say 34-year-old Kyle Brayer was riding on the back of a golf cart with several others, headed southbound on Civic Center Plaza near Stetson.

The suspect, Hezron Parks, was allegedly driving a red Scion coupe and began bumping the golf cart. When Brayer exited the cart to approach the driver, he was shot in the head. Brayer, an off-duty Tempe Fire captain, died from his injuries.

Police say the suspect driver fled the scene eastbound on Stetson and then southbound on 75th Street, hitting several other cars.

Brayer was a 10-year veteran of the Tempe Fire Department and helped launch a program known as Veterans' Telemedicine Program to help high-risk vets get in-home medical care.

Police say Parks turned himself in around 12:15 p.m. Sunday after seeing reports by local media outlets. Parks was questioned by detectives and taken into custody around 6 p.m.

He was held on second-degree murder charges.