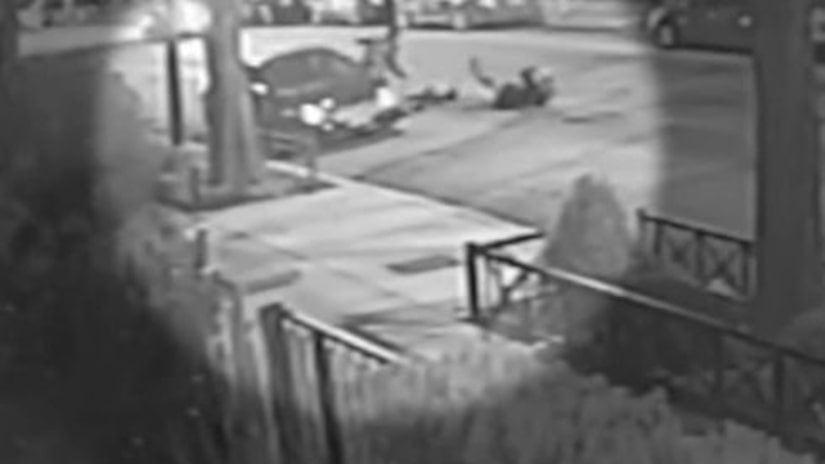 CHICAGO -- (WGN) -- A woman was robbed while she was riding a Divvy bike in the city's Old Town neighborhood and the incident was caught on surveillance video.

The woman was robbed while on the 1800 block of North Sedgwick Street on Wednesday. She was pulled from the bike and had her purse stolen.

The woman told officers that three offenders were black males, 15 to 18 years old, and 5 feet 5 inches to 5 feet 8 inches tall. She told police their car is a black Honda Civic or Honda Accord with an out-of-state plate that may begin with 311.

Old Town resident Karen Stephenson lived in the neighborhood for 38 years. She believes the streets have never been more dangerous.