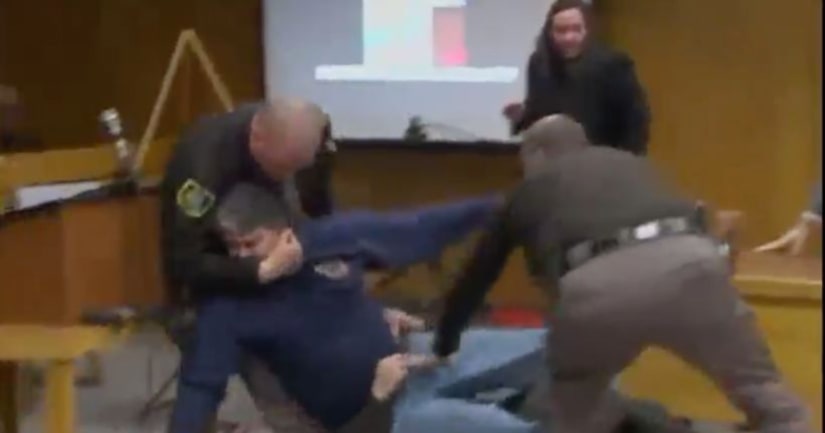 MICHIGAN -- (WXYZ) -- The father of three girls who were victimized by Larry Nassar rushed toward Nassar during day two of sentencing in Eaton County on Friday morning.

The man, identified as Randall Margraves, asked the judge if a "distraught father" would have a chance to say something after his daughters, Madison and Lauren, spoke.

He started off by saying "you son of a bitch" and then the judge told him not to use profanity. He also asked the judge to give him five minutes locked in a room with Nassar.

When the judge said no, the man asked for one minute, to which the judge again said no.

"Well I'm going to have to do something," the father said before charging toward Nassar.

He first stopped by Nassar's attorney, Matthew Newburg, before being restrained immediately by bailiffs in the courtroom while yelling "I want that son of a bitch," and saying "give me one minute with that bastard."

FULL STORY: WATCH: Victims' father charges toward Larry Nassar saying 'I want that son of a b****' - WXYZ 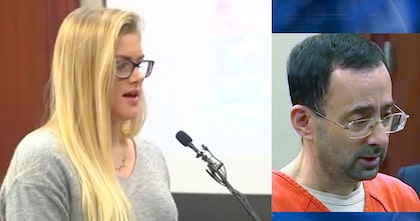