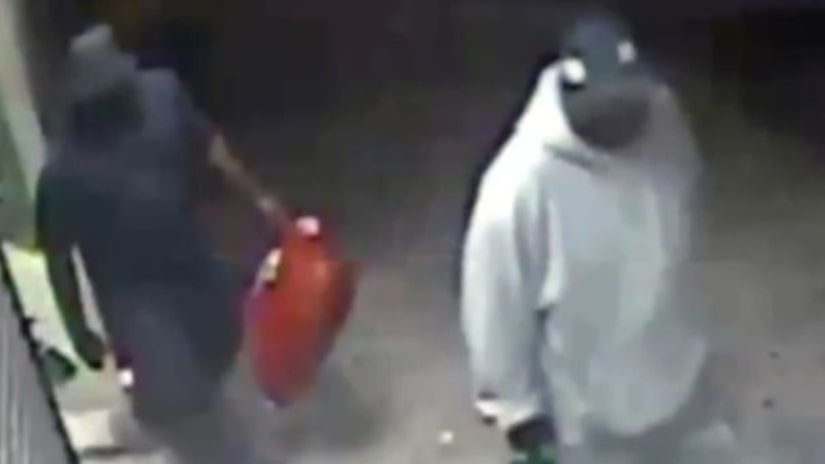 Officers say a 46-year-old man was standing in front of 813 55th Street on Aug. 10, 2017, when two unidentified individuals displayed police shields and placed him handcuffs.

The individuals drove the victim around in a vehicle before stealing $1,600, a Chase card, iPhone and jewelry from the man. Hours later, police say the suspects went to the home of the victim where they tied up a 50-year-old woman who was inside the apartment, as well as stealing $1,000 and more jewelry.

They fled in the minivan in an unknown direction. Both victims refused medical attention.