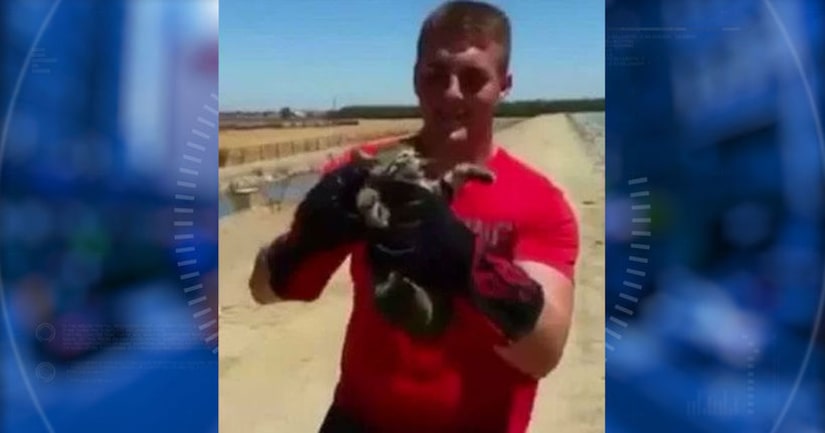 PATTERSON, Calif. -- (KTXL) -- A senior at Patterson High School was arrested Friday morning after a video that appears to show him throwing a kitten into a body of water was posted online.

Police say the video was shot over a year ago, but it surfaced this week and has been shared across social media hundreds of times.

KTXL: Warning: Cellphone footage in the video is disturbing

"My heart, it just left my body," said Nicole Pinheiro, who shared the video. "And I showed my mom and she burst into tears. She was like, 'I can't believe that this is the world now.'"

Investigators say the overwhelming amount of shares helped put the incident on their radar.

Patterson Police arrested Garret Haile before school on Friday. He was 17 when the video was shot, and just turned 18 last week. Haile was booked into jail on a felony animal cruelty charge. Investigators say whoever recorded the video may also face charges.

Police said they expect Haile will face the charge as a minor.

As for the cat in the video, police are looking into where Haile threw it -- whether it's in Stanislaus County or somewhere else.

It is unknown if the cat survived.