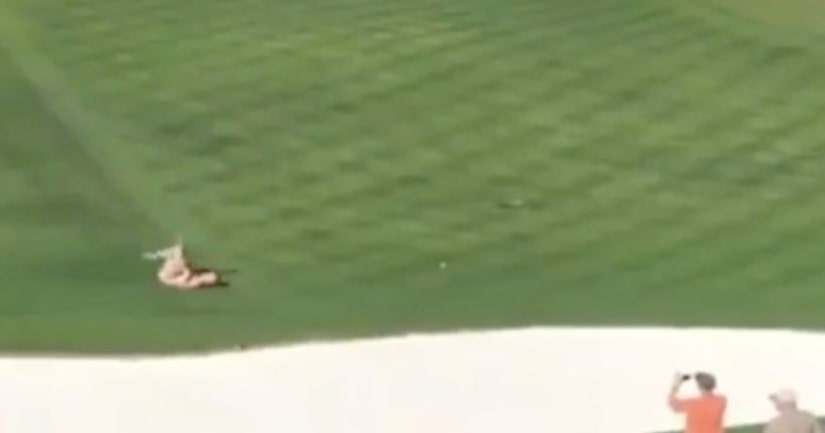 SCOTTSDALE, Ariz. -- (KNXV) -- A 24-year-old man is facing multiple charges after he allegedly stripped off his clothes and ran onto the green at the Waste Management Phoenix Open Wednesday afternoon.

According to authorities, around 3 p.m. Adam Stalmach "removed his clothing" and ran onto the green at the 17th hole at TPC Scottsdale near Greenway Hayden Loop and Frank Lloyd Wright Boulevard.

Stalmach, completely naked, continued to dance in front of the audience for several minutes before he was detained by security and later arrested by Scottsdale Police, officials said.