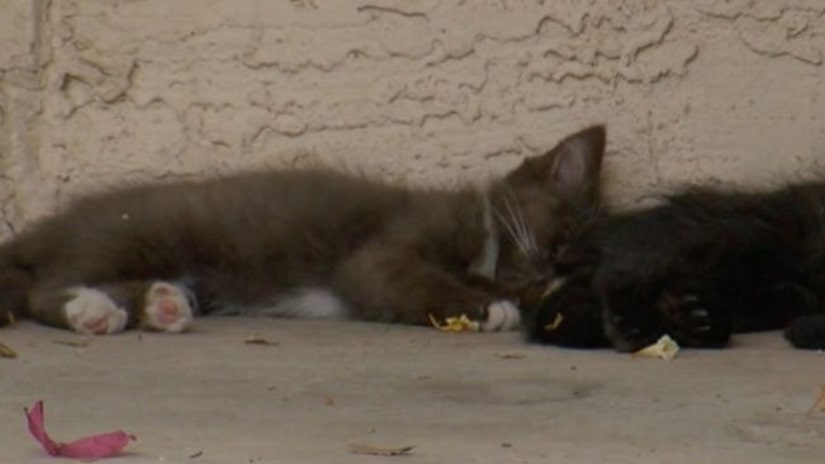 The incident happened on Dec. 11 at the Fountains in the Green apartment complex near 16th Street and Thomas Road.

Three cats were believed to be poisoned; All three had to be euthanized.

Katie Dura, a resident who helped feed the cats, says she spotted bowls of food near dumpsters around the time of the poisonings. She believes the antifreeze was mixed in those bowls. That same day, she noticed the first sick cat.

"She was acting like she couldn't see. She was staring off into space and calling like she was lost and breathing hard," Dura explained.

"It's one of the things that is used quite frequently to poison animals," Marion said.

Dr. Marion says symptoms can include staggering, drowsiness, and loss of appetite.

And if you suspect antifreeze poisoning, Dr. Marion says you need to get your pet treatment within the first three hours. After that, your pet's chance of survival drops drastically.

After the first cat, Annie, was put down, Dura recalled how sad her brother was.

"The night after we put her down, he just sat there and was meowing at me like, 'What have you done?'" Dura said.

Right now, she's hoping whoever did this doesn't try to take out the rest of the colony.

"Cats are not vermin. Those cats were family. They looked after each other. They cared for each other better than a lot of human families do," Dura said.