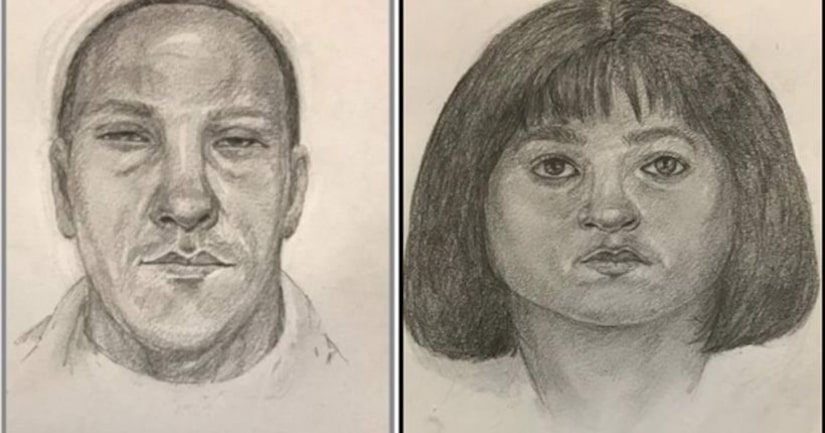 NORTH HOLLYWOOD, Calif. -- (KTLA) -- Authorities were seeking the public's help Wednesday in finding a man and a woman accused of taking $45,000 from a 75-year-old widow in North Hollywood.

A woman approached the widow outside a 99 Cents Only Store on Laurel Canyon Boulevard the morning of Jan. 23, Los Angeles police Det. Joseph Hampton said.

She showed the victim a bag filled with appeared to be hundreds of thousands of dollars she claimed to have received from a settlement after her brother died during 9/11, the detective said. The woman allegedly said she was going back to her home country and couldn't bring the money, then asked the victim to donate it to a local church.

Hampton said that's when a man pretending to be a stranger appeared, telling the victim that she needed to show some "good faith" money to prove her trustworthiness.

The detective said the pair followed the victim home, and it took them five hours to convince her to follow their instructions.

FULL STORY: Pair gets away with $45K after tricking 75-year-old widow in North Hollywood: LAPD - KTLA