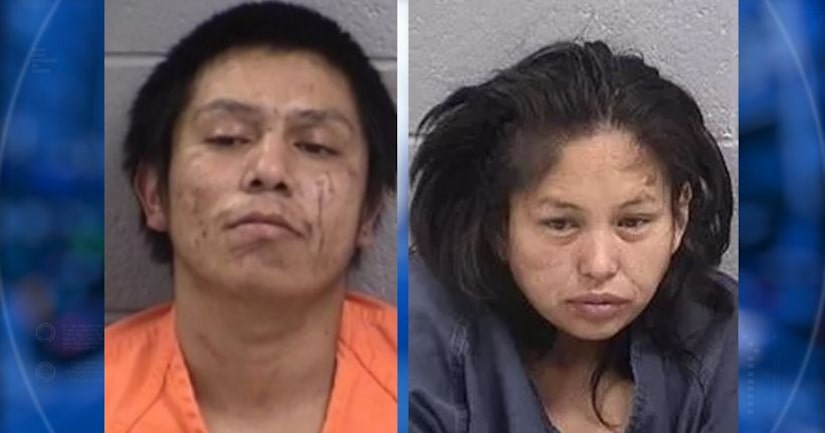 FARMINGTON, N.M. -- (KRQE) -- A New Mexico couple was caught driving drunk with their three small children inside the car. To make it worse, police had to force them to stop the car before they caused an accident.

It all started two weeks ago when State Police got a call from a Good Samaritan about a drunk driver in Farmington.

According to the police report, the witness called to report the driver and followed them until police arrived.

Police say Shelton Johnson was swerving in and out of his lane.

The Good Samaritan noticed Johnson pulling over at a nearby Smith's parking lot to switch places with the passenger, Philleria Phillips.

When the couple wouldn't pull over as they approached an intersection, a State Police officer took matters into his own hands by hitting the car with his police unit.

Police then asked the couple multiple times to get out of the car before they cooperated.

Once officers finally got Phillips and Johnson to open the door, they saw the couple's three children inside.

Johnson is then heard slurring his speech as officers take his kids from the car.

Police say Johnson admitted to drinking two hours before and said he shouldn't have been driving.

Authorities then placed Johnson under arrest and tried to get more information from Phillips, but she didn't cooperate and pleaded with officers instead.

She was placed under arrest as well.

Philleria Phillips had a 0.23 blood alcohol content and Shelton Johnson blew a 0.27. Both, more than twice the legal limit.