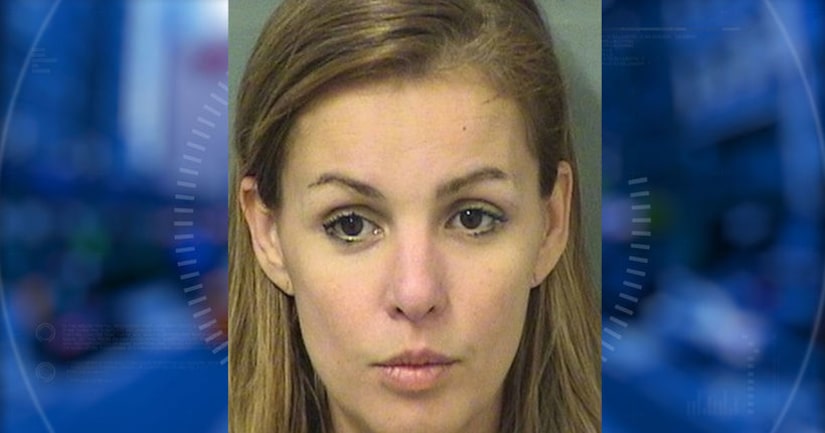 Danielly Verity, 40, hid the children in a bedroom in her home and provided them with alcohol, according to a Boynton Beach police report.

Police officers made their way up the stairs of the home where they believed the two children were in a third-floor bedroom, the report states.

When approaching, officers said Verity tried to block them from going inside. They said she continued to push and curse at them while they placed her in handcuffs.

Both children reportedly were found inside the bedroom.

Verity told officers she brought the children to her home, an officer wrote in the report. She said she knew they were missing juveniles, and they did not want to go home.

The ages of the juveniles is unclear.

She said she was watching the news that morning and saw one child featured in a missing/endangered report but not the other. Investigators said Verity made no attempt to contact police or their family.

She's facing charges for resisting arrest, contributing to the delinquency of minors and sheltering runaway minors.

Verity appeared before a Palm Beach County judge Wednesday morning. Her attorney argued that she does not have a criminal past, aside from an open driving under the influence case.

“She may have just started, but she sure jumped in the deep end,” the judge said.