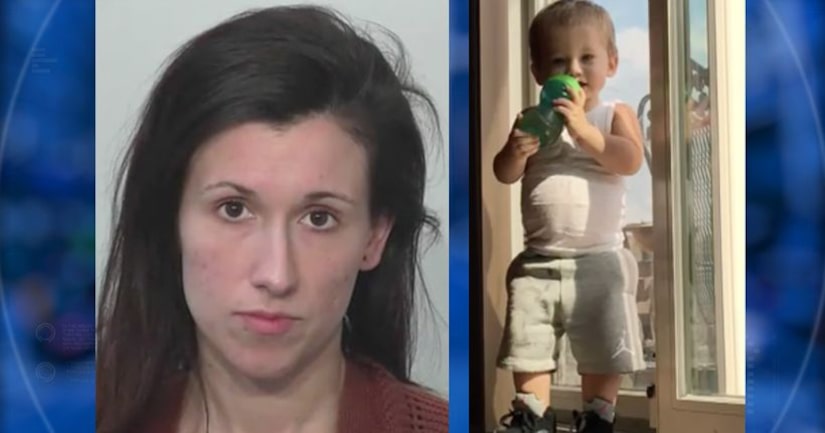 FORT WAYNE, Ind. -- (WANE) -- The mother of a toddler who was allegedly beaten to death by her boyfriend faces felony neglect charges but a former friend said she wants her to be charged with murder.

Rachael Vanolden shared a series of text conversations with Newschannel 15 that she said proves Amber Garrett knew about the abuse for months and tried to cover it up.

Police were called to a home in the 6900 block of Palmetta Court Nov. 29 after a report of a child not breathing. Court records, which include the autopsy report by the Allen County Coroner, said 2-year-old Malakai Garrett died of severe internal injuries that, “were consistent with that of multiple blows and strikes from a closed fist punch.”

Police eventually arrested 27-year-old Mitchell Vanryn and he has been charged with murder. However, many questioned why Garrett had not been charged.

Charges against her came on Jan. 29, exactly two months after the boy was killed.

Investigators uncovered her knowledge of the abuse in old text messages to friends.

There was a text message chain on the phone between Garrett and Vanryn that began with Vanryn's claim that he was in “deep (expletive trouble)” because the boy “slipped and fell in the (expletive) shower,” according to the probable affidavit.

“I'm not watching these kids anymore,” Vanryn said in the text messages. “This (expletive) is too much.”

Other text messages between Vanryn and Garrett detailed a history of domestic abuse by Vanryn, including times he threatened to “beat her (expletive)” for calling the doctor about Malakai, another time he pulled her hair and kicked her while she was on the ground and another time he hit her with a pool stick, the affidavit said.

Text messages were also recovered which showed Garrett telling Vanryn that he has anger issues and that he was too hard on her children, the affidavit said.

“I looked back after the autopsy came out and I realized that I had all of this evidence in my phone for months and months,” she said.

Vanolden said Garrett sent picture of Malakai's busted lip and said he slipped in the shower. Another picture was taken in emergency room, where Vanolden said he was being treated for scratches on his eye.

“She would send me pictures of him and I mean he went from these bright blue eyes, smiles from ear to ear, to just looking ghostly,” said Vanolden

There are even messages where Garrett details a confrontation with her father about bruises on Malakai's body, said Vanolden. Her father accused Vanryn of beating the him, she said.

Vanolden said she shared this information with police.

She and Garrett grew up together. They were more like sisters than friends, she said. However, she decided that she needed to cut ties with her.

“There's a difference between right and wrong,” she said. “What she did was wrong and I can't stand behind that as a mother myself, you know?”