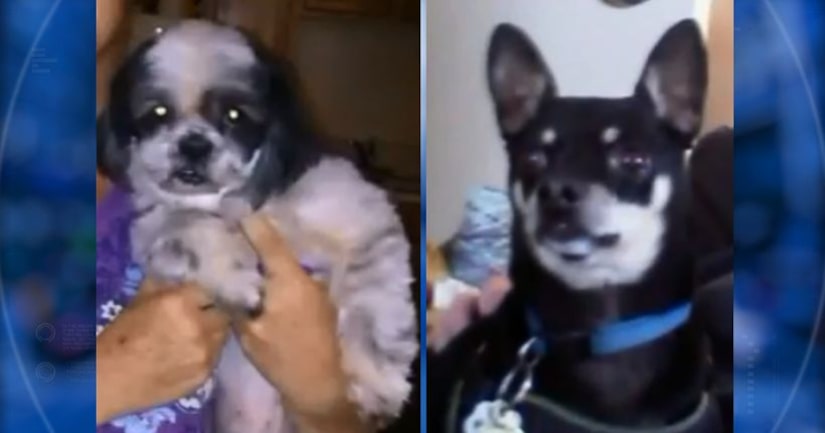 SALT LAKE CITY -- (KSTU) -- Edna Morehouse and Judy Hobson say their family dogs are dead, after pit bulls charged and attacked them while on a walk Monday evening. Now they're demanding action, not wanting another animal or person to be hurt by what they say were aggressive dogs trained to attack.

All four of the dogs involved were on leashes, but both women say the owner of the pit bulls couldn't control them and they tore away, killing the two small dogs.

“He was a rescue dog, I rescued him, he rescued me after being so depressed after my husband died,” Morehouse said.

Prince was a small Chihuahua that made a big difference in Edna's life. Since she's confined to her wheelchair, her neighbor and friend Judy walked Prince along side her rescue dog, Handsome Sam, a small shitzu.

“He meant the world to me he was my angel he was such a good little dog,” Hobson said.

But a tragedy robbed the two of their precious dogs. Judy was walking the dogs Monday evening. She was just yards away from home, when she saw a man and heard his two large pit bulls barking and growling.

“He yelled and I knew they had broken loose so I tried to grab them up and I didn't have time to do that,” Hobson said with tears in her eyes.

Hobson said the pit bulls charged at the two small dogs, biting and shaking them like rag dolls.

Morehouse heard the cries from her apartment, and looked outside to see Hobson walking up the sidewalk.

Neighbors say the man who owns the pit bulls just moved into the apartments next door, a building where dogs are not allowed. Ogden Animal Services is now investigating trying to get a hold of the owner. They will investigate, and decide if charges will be filed, which could range from a citation to the pit bulls being euthanized.

FULL STORY: Utah dog owners in shock after their pets are killed by a pair of pit bulls - KSTU