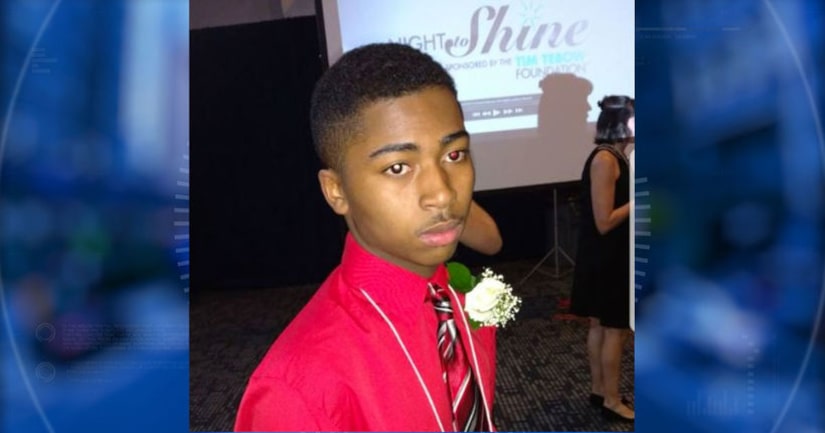 Police say the assault happened Jan. 10 and resulted in Joevon Patterson-Smith being struck multiple times in the face and head. Patterson-Smith was attacked because he would not let the three suspects use his cell phone, according to authorities.

According to Patterson-Smith's father, Joe Patterson, his son was cornered inside a separate room attached to a Ballou High classroom. Patterson-Smith laid his head down in class, and began spitting up blood when he returned home that day.

His family sent him to Washington Hospital Center on Jan. 11. His father reported the assault to police and detectives came to the hospital to interview Patterson-Smith, who was able to give a statement. The boy's brother was also a witness and gave a statement, according to the father.

Another member of Patterson-Smith's family, asking to remain anonymous, tells the ABC7 I-Team that he was hospitalized with a blood clot in the head. The family believes the student was assaulted by four fellow students. That assertion is still under investigation according to the D.C. Police Department. The police report says that it was only three suspects who attacked Patterson-Smith. The report says that the boy was also sprayed by one of the suspects with what police call "Perfume."

Patterson-Smith is a special needs student with learning disabilities but was verbal and responsive to police questions according to his father. Student records obtained by the I-Team show Patterson-Smith earned A's and B's in Ballou High School classes.

After returning home from Washington Hospital Center on Jan. 18, he was taken to Children's Hospital on Jan. 21, while suffering seizures. This past weekend, Patterson-Smith was declared brain dead and died Monday night, according to a police death report.