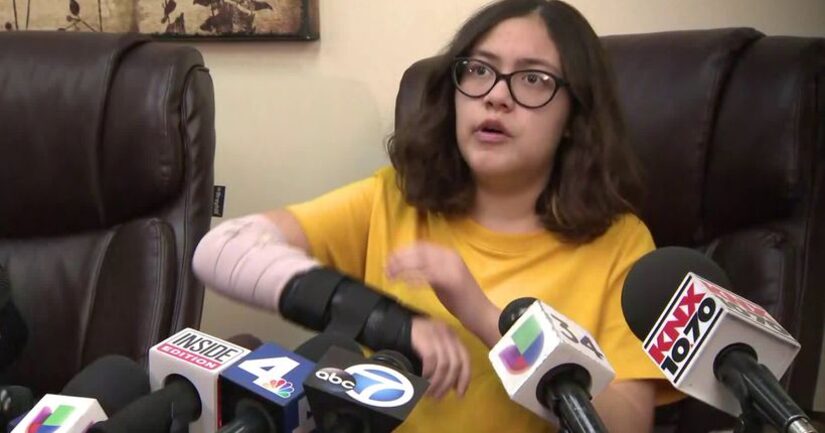 LOS ANGELES -- (KTLA) -- An 18-year-old student who was filmed being pulled off a Metro train by an LAPD sergeant, apparently after he confronted the young woman for having her foot on a seat, spoke out publicly on Monday after filing a claim over the encounter.

The incident involving North Hollywood teen Bethany Renee Nava, which prompted the Los Angeles Police Department to initiate a use-of-force investigation, took place on the afternoon of Jan. 22 and was captured in a 10 1/2-minute video that has been viewed more than 13 million times.

According to LAPD, Nava violated the Metro customer code of conduct by placing her foot on her seat, and she was removed from the train for allegedly being loud and boisterous.

The claim, which disputed the violation, alleges that Nava "was wrongfully restrained, pulled and battered" by police, and that the use of force "was totally unjustified," according to the complaint.

FULL STORY: 'My rights were violated': Student speaks out after viral video shows her being pulled off Metro train by LAPD sergeant - KTLA