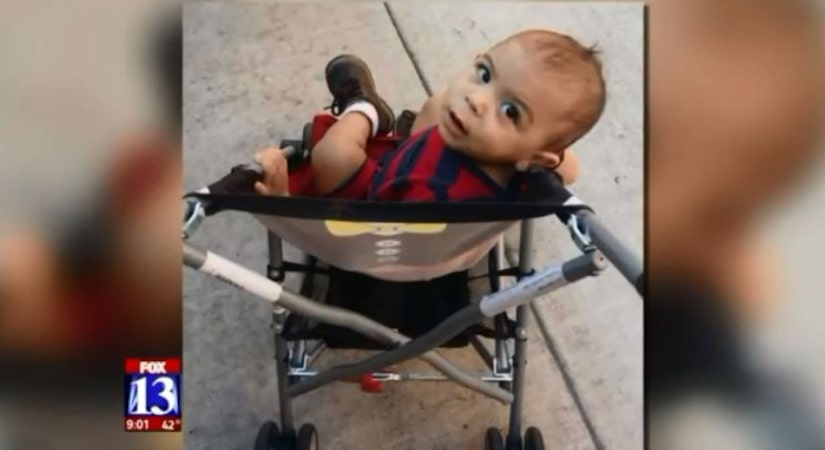 WEST VALLEY CITY, Utah -- (KTLA) -- The mother of a young boy who Utah police say was killed by the woman's 17-year-old boyfriend was charged Monday with abusing the child.

Gena Nicole Sanchez, 22, of West Valley City, is charged in Third District Court with two counts of child abuse, a second-degree felony, accusing her of seeing signs that her children were being abused but not doing anything about those signs, Salt Lake City television station KSL reported.

Last week, Isaiah Weaver, 17, was charged as an adult with aggravated murder, a first-degree felony, in the death of 21-month-old Jaycieion Sanchez. He is also charged with two counts of child abuse, a second-degree felony.

For about a month, police say Weaver, Sanchez and Sanchez's three children, were living with Sanchez's mother in West Valley City. On Jan. 16, police were called to an apartment on a report that Jaycieion was unconscious and unresponsive.

Police found the baby, who was cold to the touch, lying on his back on the bathroom floor with his eyes partially open and a large bruise on his cheek, according to charging documents. He was rushed to Primary Children's Hospital where he was pronounced dead.

A doctor at the hospital determined "it was likely that (Jaycieion) had been deceased for some time before emergency personnel had arrived," the documents stated.

Medical personnel observed bruising and scars "all over" the boy's body as well as severe head trauma," according to the charges. At the apartment, police found "fresh blood droplets on the walls, ceiling, and many other pieces of furniture in the bedroom shared by Weaver and Sanchez."

A 5-year-old sibling of Jaycieion told police that Weaver, who watched the younger children while Sanchez went to work, would discipline them by heating a clothing hanger with a lighter and then spanking them with it, according to court documents.

Sanchez said she "noticed Weaver seems jealous" of her relationship with Jaycieion, the charges state. She said she watched as Weaver allegedly spanked Jaycieion's bare bottom and one time kicked her son in the back. She also observed marks on her 2-year-old child's chest and watched Weaver hit him in the mouth once, the charges state.