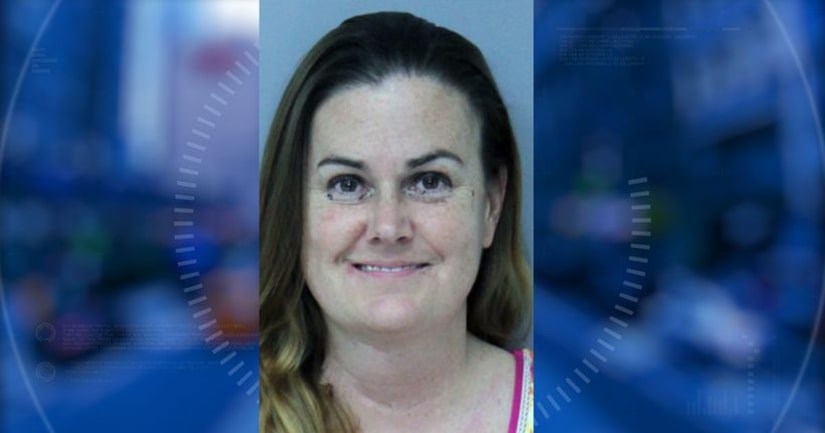 ST. JOHNS, Fla. -- (WJXT) -- A 45-year-old Bradford County woman who said she was angry that her ex-husband "took her horse" in their divorce decided to "hit him where it hurt" Sunday, according to a St. Johns County Sheriff's Office arrest report.

After sending her ex-husband a series of profanity-laced text messages, including, "water rat gonna kick yo ---," Erin Gan, who lives in Starke, drove her Honda Civic to her ex-husband's home in St. Johns, deputies said.

According to the arrest report, Gan drove through the front gate, causing $3,000 in damage, then kept driving and intentionally rammed her ex-husband's car in the carport.

The impact drove his car into the garage, causing significant structural damage.

Gan told deputies she drove to her ex's home because she planned to damage his property, saying his car was his favorite possession and she wanted to "hit him where it hurt," according to the report.