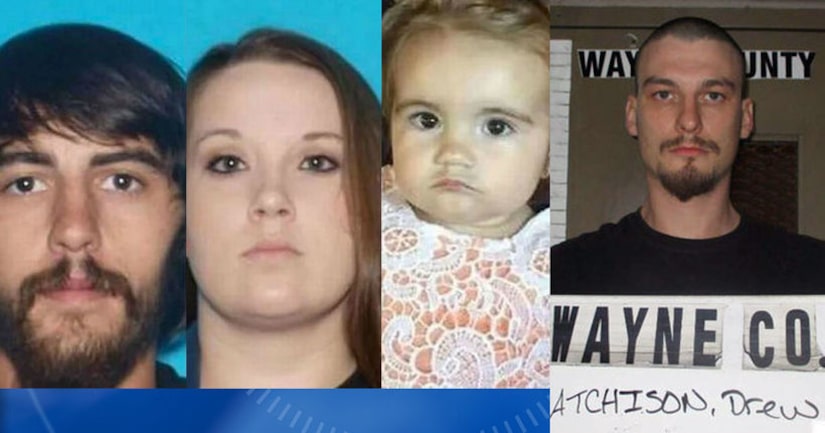 WILLIAMSVILLE, Mo. -- (KTVI/AP) -- A Missouri man is charged with three counts of first-degree murder and other crimes after a toddler and her parents were killed in rural southeast Missouri.

Atchison is charged with three counts of first-degree murder, felony child kidnapping, felony armed criminal action and felony tampering with evidence, according to the news station. He was charged in Wayne County in connection with Million and Kitts' deaths and in Butler County with the death of their daughter.

Court documents say Atchison confessed to stabbing the adults at their home in Wayne County Thursday, putting the bodies in Million's truck bed, and leaving the child alone overnight. On Friday, he allegedly took the child and the bodies of her parents and drove into neighboring Butler County, where he fatally shot the girl.

The bodies of all three were found Monday morning on private property.